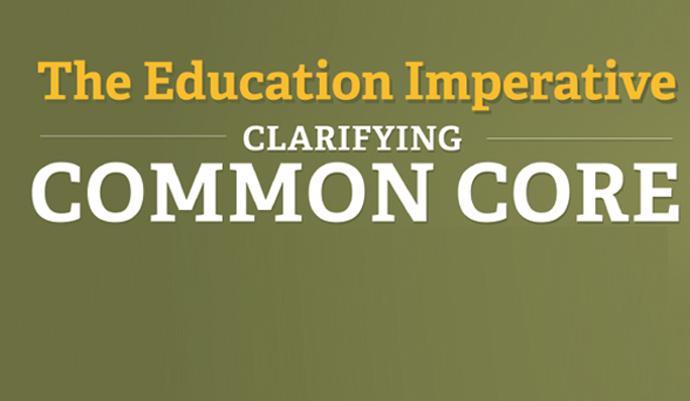 In an increasingly flat world, the competition for markets, business, and human capital has never been greater. Although we have made enormous strides in technology and business, there is one area where we have remained stagnant over the years: education. Our competitors overseas, however, committed themselves to making education a priority—and it is paying off.

According to the recently release PISA education rankings administered by the Organisation for Economic Cooperation and Development (OECD), the United States ranks 17th in reading literacy, 21st in science, and 26th in math.[i] Furthermore, young Americans ages 25 through 34 rank 16th in college attainment globally—whereas we used to be number one.[ii] Public education systems in countries like South Korea, Canada, Norway, and Finland have all passed us by.

Since February 2011, there have been more than 3 million job openings every month across the U.S going unfilled in this country in part because there aren't enough qualified candidates and employers are taking notice.[iii] Ninety percent of the jobs in the fastest-growing professions including biomedical engineers, physical therapists, market research analysts, and veterinarians, require some postsecondary education and training.[iv] By 2020, there will be 120 million high-skilled and high-wage jobs in the United States but we’ll have only 50 million workers qualified to fill them.[v] These data points suggest that the current education system is not adequately preparing our students to succeed in college or the modern workforce. It's not delivering the skilled workers that businesses need to drive stronger economic growth.  Furthermore, if the education system is not helping advance America's ability to compete and lead in the global economy, we risk our economic leadership in the world.

In 2009, the National Governors Association and Council of Chief State School Officers convened with educators, policymakers, education experts, and community leaders to discuss ways to better prepare students for 21st century challenges.[vi] They set out to create standards that were consistent with a clear set of goals intended to provide students with the skills to succeed in college and career. What they came up with was the Common Core State Standards—a set of benchmarks for what students should know and be able to do at the end of each year in math and English language arts.

The U.S. Chamber of Commerce and a number of noted education and business leaders from across the country strongly support Common Core for a number of reasons that can be aggregated into the following three:

First, Common Core is an elevated set of standards. By focusing on the building blocks of learning, such as reading and math, Common Core is designed to be rigorous and applicable in the real world in which we live and do business.

Second, Common Core establishes nationwide clarity and consistency. Under our current system, the United States is a patchwork of disparate state standards and uneven expectations. An ‘A’ in one state may be equivalent to a ‘C’ in another. States that opt into Common Core adopt a consistent set of goals that puts them on equal footing with their fellow states.

For a country that is as mobile as we are today, for the many employers that have interests in multiple states, it’s critical that students—wherever they live—are ready to enter college or career training upon graduation. Operating a high-tech piece of machinery is the same whether it takes place in Oklahoma or Oregon; coding is the same whether in New York or North Carolina. Under Common Core, math and reading concepts will be the same from state to state.

Of course, any change to education comes with some opposition. There is the anti-testing constituency who believe that, since No Child Left Behind, teachers are solely “teaching to the test”, robbing children of their capacity to think. The Common Core State Standards should be a welcome change for this group. The strength of the Common Core is the emphasis on a student’s ability to think critically, solve problems, and write clearly and persuasively. As one teacher noted at a recent event I attended, “a rigorous assessment aligned to the common core standards is a test I would be proud to teach to.” Additionally, if we don’t test children on their knowledge, how will we know whether they are meeting the standards and thus being prepared for success after high school?

The critics of Common Core have gained traction in recent weeks and months by making claims that are untrue about what it means and how it is applied. Some state that Common Core will bureaucratize education and give the federal government central authority over schools. The truth is that Common Core was created at the state level—where our most innovative policies often originate—by governors and state officials. While Common Core does much to link our states together for improved educational excellence, no state is required to participate. In addition, it’s important to make clear the distinction between standards and curriculum. The standards are the “what” a student should know and be able to do at each grade level.  The curriculum is how to teach so that students meet those standards.  Decisions about curriculum rest at the local level – with school boards, districts, school leaders and teachers.  This does not change.

Another myth is that Common Core will actually dumb down existing state standards. The reality is that the Thomas B. Fordham Institute has been analyzing state educational standards and evaluating rigor for years, and in almost every instance, Common Core has offered a more rigorous curriculum than what existed prior.[viii]

A third falsehood about Common Core is that it allows big government to snoop on our children and collect (or even sell) sensitive data. These standards offered by this educational regimen do not change privacy policies. Data collection is at the state level, based on existing laws that have nothing to do with Common Core.

These myths may, temporarily, gain some traction. To the employer community that is looking for the best, brightest, and most prepared to be a part of its workforce, Common Core is really just common sense—rigorous standards, comparable across states, that are internationally benchmarked and designed to ensure we’re all on track for success.

Now, it’s important to note that Common Core is not a silver bullet. It will not solve all of our education woes overnight. Teachers have always been essential to student success—and the Common Core has broad teacher support. In fact, both the National Education Association and the American Federation of Teachers have come out in support of Common Core.[ix] A recent study indicates that nearly 90% of teachers believe that setting high expectations for all students has a major impact on student achievement.[x]  Additionally, most teachers are confident that Common Core will improve student achievement and will better prepare students for college and the workforce. [xi]

All of us as parents and as Americans want the best for our children and our country. But being the best is hard work—it takes purpose, determination, and most importantly, it requires us to change and adapt to keep our edge. Forty-five states and the District of Columbia have opted to address the disappointing status quo of our educational system and raise the bar by adopting the Common Core. In order to compete in the 21st century economy we have to raise our standards so that all children have the high-quality, rigorous education that prepares them to be successful in life.

Implementation of Common Core and aligned assessments will be difficult—but anything worth doing usually is. It’s time to do the hard work and be the best in education again. Our country’s future depends on it.

[i] “PISA 2012 Results,” Organisation for Economic Cooperation and Development, http://www.oecd.org/pisa/keyfindings/pisa-2012-results.htm.