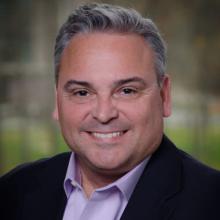 Alan Gilbert joined GE’s healthymagination in June 2011 as director of Global Government and NGO Strategy. In this role, Alan shapes, champions and messages GE’s positions on healthcare policy, reform and business objectives and communicates them to internal and external stakeholders.

He currently directs U.S. health policy for healthymagination; leads open innovation challenges on traumatic brain injury and has directed a similar innovation challenge on breast cancer; helps develop outreach and thought leadership around cancer, neurodegenerative, and other disease marketing initiatives; and is the leader of GE’s strategic partnerships and initiatives to change healthcare cost and quality trends to bring better health to more people in the communities in which GE operates.

Alan joined the GE team after working at the intersection of healthcare policy and politics for over two decades in Washington, D.C. Before opening his own consulting practice in 2009, he was senior vice president and counsel for the Pharmaceutical Research and Manufacturers of America (PhRMA), creating and implementing all federal legislative strategy for the country’s largest pharmaceutical and biotechnology companies.

In 2002, Alan was selected by President George W. Bush to be a domestic policy advisor, leading the White House and the Administration’s healthcare agenda and creating a health information technology initiative and infrastructure. Earlier, he served as a senior advisor to the U.S. Secretary of Health and Human Services, Tommy Thompson. Alan also worked in the U.S. Senate as chief health counsel to former Senator Judd Gregg (New Hampshire), and was a key health advisor to several members of the U.S. House of Representatives.

Alan lives in Washington, D.C., with his wife and two children. He earned his law and BS degrees from Louisiana State University.