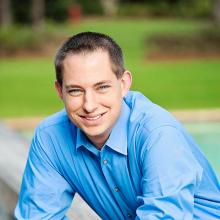 An outspoken advocate for education reform, Andrew Campanella is widely recognized as one of the school choice movement’s leading communications executives.

At National School Choice Week, Andrew has worked to significantly expand the effort’s impact, from 150 special events in 2011 to 11,082 events in 2015. With hundreds of partner organizations and thousands of schools participating every year, National School Choice Week has generated 13,000 positive news stories and is the world’s largest-annual celebration of educational opportunity.

Andrew previously served as a senior advisor and national director of communications at the Alliance for School Choice, where he coauthored four editions of the award-winning School Choice Yearbook and developed the communications strategy that helped win Congressional reauthorization of the DC Opportunity Scholarship Program.

Andrew also served as senior director of teacher recruitment and communications at the American Board for Certification of Teacher Excellence (ABCTE), working to recruit 3,000 talented career-changers to become public school teachers. Andrew developed two key programs at ABCTE – a recruitment program for minority teachers and a STEM teacher certification initiative – that were recognized by both the National Governors Association and the U.S. Department of Education.

01/25/16
School Choice: Let's Do Something Extraordinary as a Nation
Andrew Campanella