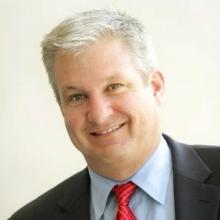 With a mandate to save lives, alleviate human suffering, and reduce the social and economic impact of disasters, OFDA monitors, mitigates, and responds to global hazards and humanitarian needs as they arise. In fiscal year 2018, OFDA responded to 54 disasters in 50 countries, including Hurricanes Irma and Maria in the Caribbean, the Ebola outbreak in the Democratic Republic of the Congo, earthquakes in Japan and Papua New Guinea, and ongoing crises in Syria, Iraq, South Sudan, Nigeria, Burma, and Yemen.

Mr. Stropes’ division specializes in humanitarian policy and best practices, donor and multi-lateral engagement, global programs, interagency coordination and training, and strategic communications. It also focuses on public-private engagement, specifically between OFDA and the private sector to support humanitarian operations worldwide. While at OFDA, Mr. Stropes has worked on a number of disaster responses, including the 2018 Ebola outbreak in the Democratic Republic of the Congo, the 2015 Nepal earthquake, the 2017 Caribbean hurricanes, the 2017 Mexico earthquake, and the 2018 Venezuela regional crisis.

Originally from San Diego, California, Mr. Stropes graduated United States Air Force Academy in 1989 and served for 26 years as an officer in the United States Air Force. He also worked for the Office of the U.S. Secretary of Defense, overseeing the U.S. Defense Department’s humanitarian assistance and disaster response activities and policy for five years. Mr. Stropes has served as on-scene disaster response commander, as well as a firefighter and emergency medical technician in Santa Barbara County.