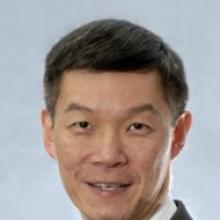 In June 2010, the American Medical Association elected Dr. Wah chair-elect of the AMA Board of Trustees for the 2010-2011 year. He became chair of the board in June 2011.

Before coming to CSC, Dr. Wah served as acting deputy national coordinator for HIT at the U.S. Department of Health and Human Services (HHS). He also worked for the Military Health System in the Office of the Secretary of Defense as the associate chief information officer and director of information management.

The Future of Healthcare IT
Dr. Robert Wah
This form needs Javascript to display, which your browser doesn't support. Sign up here instead