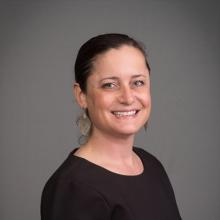 O’Brien joined the HOH team in 2014 and evolved the military spouse program’s event-centric focus to become a comprehensive resource at the forefront of military spouse employment. In addition to overseeing the program’s research and strategic operations, she co-chairs the Military Spouse Employment Advisory Council, a coalition of companies with innovative spouse recruitment and retention initiatives.

O'Brien is a member of the SBA Advisory Committee on Veterans Business Affairs, was a guest lecturer at the 2018 Association of Defense Communities Summit, and frequently appears on national and regional media speaking on military spouse employment.