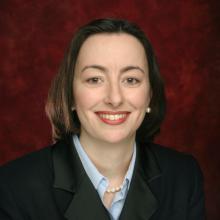 As the U.S. Chamber of Commerce Foundation Corporate Citizenship Center senior disaster advisor and manager of the Disaster Help Desk for Business, Inés Pearce is the primary point of contact for community-level disaster preparedness, recovery, and partnership coordination. She is the chief executive of Pearce Global Partners, which she founded with the dream of a disaster-resistant world.

Prior to launching her own consultancy, Pearce was appointed as Seattle Project Impact Director for the City of Seattle Emergency Management, managing four mitigation programs that provided resources for safer schools, homes, and businesses, as well as better hazard maps. During her tenure, Seattle Project Impact received numerous national excellence awards.

In January 2005, Pearce was inducted into the 2003 Contingency Planning & Management (CPM) Hall of Fame in the Public Servant Category.