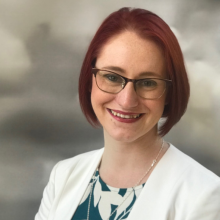 Jamie Leigh currently serves as the Mitigation Investment Lead for the Risk Management Directorate within FIMA at FEMA. In this role Jamie Leigh coordinates FEMA Strategic Plan Objective 1.1 to incentivize investments that reduce risk, including pre-disaster mitigation, and reduce disaster costs at all levels. Over the last year, she has assisted in the drafting of the National Mitigation Investment Strategy, set to be published Summer 2019, and is the Chief Coordinator of the NMIS Implementation Team which has national-interagency representation. Aligning with both the NMIS and the FEMA SP Objective 1.1, Jamie Leigh oversees the collection of annual mitigation investments from a number of federal agencies to support the Federal Insurance and Mitigation Administration’s Mitigation Investment Moonshot which has a goal of quadrupling mitigation investments by 2022.

Jamie Leigh is also the project manager for the Risk Management Directorate’s partnership with the Natural Hazards Center at the University of Colorado. This partnership bridges the gap between the academic and policy communities to seek out new research that supports leading practices in the field of hazard mitigation. Highlights of this partnership include a new mitigation webinar series, mitigation quick response grants, research publication series, and sessions at the annual NHC Workshop.

Prior to joining FEMA HQ in December, Jamie Leigh served as a Mitigation Planner with FEMA in Region VI where she had the responsibility of assisting the State of Texas with revamping their mitigation planning program. When Hurricane Harvey hit in 2017, she spent six months deployed to Austin as the Planning Crew Lead where she worked with the state to create an expedited planning review process allowing local mitigation plans to quickly be reviewed, provide technical assistance, and get them to approvable status in record time.

Jamie Leigh’s career started with the Florida Division of Emergency Management where she was the Mitigation Planning Program Manager. She led the pilot Program Administration by States for Planning agreement with FEMA. This is now a program FEMA offers to every state after the successful implementation in Florida. Throughout her time with the division, Jamie Leigh sought to improve mitigation planning within the state by overseeing the creation of a Florida Specific Review Tool for Mitigation Plans that incorporated the Community Rating System; and identifying a gap in planning assistance and overseeing the creation of a Handbook and Training to assist local governments in updating these plans.

Jamie Leigh holds a Master’s Degree in Public Administration and a Bachelor’s Degree in Political Science, both from The Florida State University where she also earned her Graduate and Undergraduate Certificates in Emergency Management through FSU’s Emergency Management and Homeland Security Program. When she is not focusing on mitigation investment, Jamie Leigh gives back to the next generation of emergency management as the Senior Student Ambassador of the Governor’s Hurricane Conference Student Program as well as staying an active alumni advisor and mentor to students at FSU and other university EM programs. Jamie Leigh earned the FSU EMHS Distinguished Alumni Award in 2016 and the GHC Special Achievement Award in 2019.