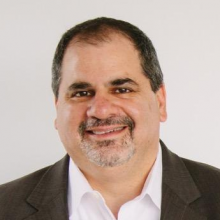 Josh Sawislak is the global director of resilience for the infrastructure services firm AECOM. In this role, he works across the entire enterprise of AECOM's offerings in planning, design, construction, finance, operations, and development to help develop and leverage resilient strategies projects and clients to address issues such as sustainability, climate change, disaster preparedness, and enterprise risk management. He provides thought leadership and strategic advice to corporations, national governments, municipalities, NGOs, and international organizations across the globe on issues related to the UN’s Sustainable Development Goals (SDGs), Sendai Framework on Disaster Risk Reduction, and the implementation of the UNFCCC Paris Agreement.

He served as a speaker at the first US-China Climate Leaders’ Summit in preparation for the global climate negotiations in Paris in 2015 (COP-21) and led AECOM’s delegation to Paris. He also spoke at the Commonwealth Heads of Government Meeting (CHOGM), the UN Global Platform on Disaster Risk Reduction, and gave lectures and participated in other symposia in the Americas, Europe, Asia, and Oceana. He leads AECOM’s participation in the ARISE private sector partnership with the UN on disaster risk reduction and leads the urban resilience strategy theme for ARISE. He also serves as a subject matter expert for the Rockefeller Foundation on infrastructure and community resilience and sustainable development and a member of their Resilience Advisory Council.

Prior to rejoining AECOM, he served in the Obama Administration, most recently as the Associate Director for Climate Preparedness at the White House Council on Environmental Quality, where he developed U.S. federal policy on climate adaptation and resilience and worked with foreign governments and international organization on multilateral and bilateral efforts.  He also served as a senior advisor to the Secretary of Housing and Urban Development (HUD) focused on infrastructure and resilience at HUD and across government. He led the development of the infrastructure recommendations for President Obama’s Hurricane Sandy Rebuilding Task Force. In this role he was directly involved in the development of the Rebuild by Design competition co-sponsored by HUD and the Rockefeller Foundation and the development of the federal Infrastructure Resilience Guidelines. On the Sandy Task Force he worked closely with federal, state, and local officials as well as private owners and operators of infrastructure systems such as power and communications.

Mr. Sawislak led a consultancy working with global corporations to startup technology entities. He provided advice and strategy on resilience, continuity, market capture, and risk management. His previous public service included an appointment as the Chief Emergency Response and Recovery Officer for the U.S. General Services Administration. Mr. Sawislak also served in state government, but spent most of his career in the private sector. He worked on signature projects such as the flood protection of lower Manhattan and the Second Avenue Subway in NYC, Boston’s Big Dig, and the 100 Resilient Cities program globally. He is an environmental and transportation planner and a member of the American Institute of Certified Planners and serves on the boards of directors for the National Institute of Coastal and Harbor Infrastructure and evacuteer.org and is an advisor to several other organizations and programs in support of resilience and sustainability.

Washington, DC
June 26 (All day)
This form needs Javascript to display, which your browser doesn't support. Sign up here instead