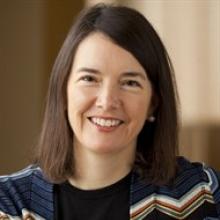 Kathleen joins Walmart in October 2013 after more than 20 years with the global consulting firm McKinsey & Company, where she was a senior partner based in Toronto. As director of the firm’s Social Innovation Practice, Kathleen helped develop breakthrough solutions to social challenges for institutions around the world. There, she led numerous successful engagements such as accelerating country ownership of the HIV/AIDS response in Africa; redesigning the global organization of a major foundation to improve its effectiveness; helping an international agency develop a strategy to engage the private sector in advancing nutrition; and supporting the post-merger organization design and change management of a major development agency.

Kathleen served as a director of the Toronto Community Foundation for 10 years, where she held various roles including chair of the Community Issues Committee that oversaw initiatives and grant-making to Toronto NGOs addressing poverty, hunger, housing and immigrant integration issues. She is also a board member of L’Arche Canada Foundation and a trustee of the Canadian Opera Foundation.

Kathleen was a speaker at the 2015 Corporate Citizenship Conference, hosted by the U.S. Chamber of Commerce Foundation.