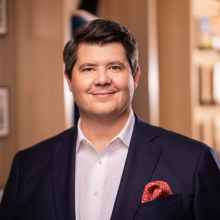 As a registered lobbyist for Nestlé, Kent manages several state and federal policy issues for the world’s largest consumer packaged goods company. For more than 150 years, Nestlé has been making the very best food and beverage products for families around the world. In the United States, Nestlé employs 50,000 people and manages a wide ranging portfolio responsible for $26 billion in sales. Some of the company’s best-known brands include Nespresso, Gerber baby foods, Perrier, Stouffer’s, Häagen-Dazs, DiGiorno Pizza, and Purina. The company is part of Nestlé S.A. based in Vevey, Switzerland with 2017 sales of $89 billion.

After serving on political campaigns at the state, local and national level, Kent moved into government relations in 2003. Most recently he was the Director of State and Local Government Affairs for Target Corporation, where he led legislative and public affairs activities in 12 states in the Mid-Atlantic in Midwest regions.

Prior to Target, Kent was the Washington Representative for General Mills for nearly 10 years, where he created and directed an award-winning political engagement program in over two dozen communities across the United States.

He has also worked at a leading DC lobbying firm, Michael Torrey Associates, and spent three years in state and federal government affairs at the Grocery Manufacturers Association in Washington, DC. He began his career working on political campaigns at the local, state, and federal level – and served in the district office for a Congressman from Maryland.

Kent holds a bachelor’s degree in Political Science from St. Mary’s College of Maryland and a Master’s Degree in History from Georgetown University. He lives with his wife Korenna, his newborn son Rhett, and their two miniature schnauzers in Old Town Alexandria, Virginia.

Washington, DC
October 10 - 8:30 am to 2:00 pm
This form needs Javascript to display, which your browser doesn't support. Sign up here instead