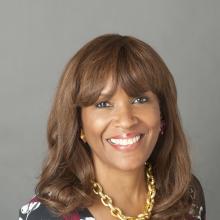 “Kim’s professional experience uniquely qualifies her to ensure that our League is growing the game of hockey by demonstrating the leadership principles and values in communities and with all stakeholders that can ultimately lead to new and increased fandom,” said Commissioner Bettman.

A highly respected leader in the corporate and philanthropic community, Ms. Davis joined the NHL from leading CEO-advisory firm Teneo. As a Senior Managing Director, she built and ran the firm’s Corporate Responsibility and Inclusive Leadership practice, where she advised CEOs and Fortune 500 companies. During her four years at Teneo, Ms. Davis designed and built the Teneo Leadership Institute, a groundbreaking partnership with Cornell’s Johnson School of Business, and the Billie Jean King Leadership Initiative in partnership with the legendary tennis icon Billie Jean King.

Prior to Teneo, Ms. Davis enjoyed a 20-plus year career at JPMorgan Chase and its predecessor companies, where she most recently served as Managing Director of Global Corporate Social Responsibility, President of the JPMorgan Chase Foundation (fifth-largest corporate foundation in the world) and as a member of the firm’s Executive Committee. Her responsibilities included leading and managing approximately $300 million in annual giving, employee and civic engagement, and corporate sponsorship programs. During her JPMC career, she was involved in many of the company’s major strategic and operational decisions, specifically regarding culture change, leadership and talent management.

Ms. Davis’ experiences also include building the first Women of Color affinity group at Chase Manhattan Bank, developing a mentoring program for senior women that became an industry model, and later developing the initial corporate sponsorship model for Women Moving Millions. Kim co-founded Springboard, Partners in Cross-Cultural Leadership, a leadership strategy, research and consulting company committed to building highly diverse women leaders and teams. Her passion for the issues surrounding leadership for women prompted her to develop, design and implement the Spelman Center for Leadership & Civic Engagement, a national leadership center in collaboration with Spelman College in Atlanta. Now in its second decade, the Center hosts the largest conference for Women of Color in the Southeast region of the U.S.

Ms. Davis was recognized this year as one of Savoy Magazine’s “Top 100 Most Influential Blacks in Corporate America. She has also been showcased in Fast Company’s 100 Most Creative People in Business and the Business Journal’s 100 Most Influential Women. In 2012, she was profiled with First Lady Michelle Obama in Essence magazine’s “28 Most Influential Black Women in America.” She has been a featured keynote speaker at numerous corporate events, conferences, colleges and universities, a lecturer at Smith College and a panelist at the Forbes’ Inaugural Women’s Leadership Summit.

Ms. Davis is a former Trustee of Spelman College and the University of North Carolina-Chapel Hill’s Kenan Institute. She currently serves on the boards of the Bank of NY Mellon Foundation and Communities in Schools (National).

Davis earned a B.A. in Economics from Spelman College and has completed the Aspen Institute Executive Leadership Program and the Stamford Executive E-learning Program.