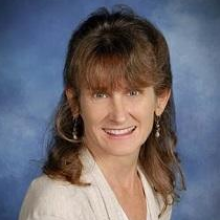 Louise Williams is a lawyer who has contributed to the U.S. government's promotion of sound commercial law and institutional governance since 1997, when she first supported a USAID commercial law reform project in Skopje, Macedonia.

Since then, she served as counsel to the International Committee for Judicial Relations of the U.S. Judicial Conference (2000-2003), followed by 10 years as an independent consultant, where she was a chief architect and implementer of the USAID/Business Climate Legal and Institutional Reform (BizCLIR) activity and its accompanying projects, the Southeast Asia-CLIR activity (SEA-CLIR), GenderCLIR, and AgCLIR.  Ms. Williams has led or participated in comprehensive CLIR or similar activities in more than 30 countries, presenting analysis and recommendations for legal or institutional reform in Asia, Africa, Central Europe, the Caribbean, Afghanistan, and the West Bank.

Since joining Nathan Associates in 2013, she has focused on women's economic empowerment, designing and leading reviews of conditions for meaningful economic participation by women in Papua New Guinea, Chile, and the APEC economies and ASEAN member states generally.

On behalf of Nathan Associates’ US-ATAARI project, Ms. Williams was the principal designer of APEC’s Women in the Economy Dashboard, a groundbreaking initiative through which APEC economies agreed to establish a baseline for economic conditions for women and measure their progress in the future. Ms. Williams is a regular speaker before U.S. and international audiences on issues of business enabling environments, access to markets, and women's economic empowerment.

Prior to working in international development, Ms. Williams worked as a labor and employment lawyer for the U.S. Department of Commerce and in private practice in Baltimore. She also served as a law clerk to the Honorable Diana Gribbon Motz at the Maryland Court of Special Appeals. Ms. Williams was a member of the Maryland Law Review; the Editor in Chief of her college newspaper, the Wellesley News; and, since 2014, has served on the Finance Committee of the Star Island Corporation.