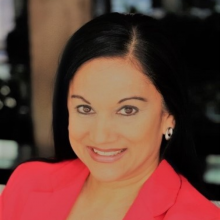 Manisha Singh was unanimously confirmed by the Senate as Assistant Secretary of State in November 2017. She leads a team of over 200 employees in the Bureau of Economic and Business Affairs which also serves as the home bureau for economic officers posted in embassies around the world. She is the first woman appointed to the role and is responsible for advancing American prosperity, entrepreneurship and innovation worldwide. This includes leveling the playing field and providing opportunities for U.S. companies and their workers to compete and succeed. Her responsibilities including sanctions and trade policy, international finance, cyber-security, emerging technologies, foreign investment and aviation negotiations.

Ms. Singh previously served as the Deputy Assistant Secretary in the Bureau of Economic, Energy and Business Affairs responsible for developing and promoting international trade policy during the Bush Administration. She also served as a senior aide to members of Congress and as Deputy Chief Counsel to the Republican staff of the U.S. Senate Committee on Foreign Relations, where she managed international economic and trade policy.

Her private sector experience includes practicing law in the Corporate and Capital Markets group at Squire Sanders & Dempsey and the International Practice at Reed Smith. In addition, she was an Executive Director at J.P. Morgan Chase & Co. in the International Government Relations group. She was also the Senior Fellow for International Economic Affairs at the American Foreign Policy Council as well as a term member at the Council on Foreign Relations.

Ms. Singh completed a Master of Laws (LLM) in International Legal Studies, with concentration in international trade, at the American University Washington College of Law. While completing this degree, she worked in the Office of General Counsel at the United States International Trade Commission. Her educational background also includes earning a Juris Doctor (JD) from the University of Florida College of Law and completing a Certificate at the University of Leiden in The Netherlands. She earned a Bachelor of Arts (BA) with honors at the University of Miami at the age of 19. She has been admitted to practice law in Florida, the District of Columbia, and Pennsylvania. She speaks fluent Hindi and conversational Spanish.