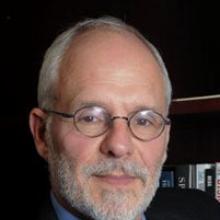 Mark Schneider is a vice president and an Institute Fellow at AIR. Prior to joining AIR, Dr. Schneider served as Commissioner of the National Center for Education Statistics from 2005-2008. In 2013, the Chronicle of Higher Education selected him as one of the 10 people who had the most impact on higher education policy in that year.

Dr. Schneider is also a visiting scholar at the American Enterprise Institute and Distinguished Professor Emeritus of political science at the State University of New York, Stony Brook.

Dr. Schneider has been working on increasing accountability by making data on college productivity more publicly available. To that end, he is one of the creators of www.collegemeasures.org, where he serves as president.

06/09/16
Matching Degrees to Jobs Adds Up to Much Higher Lifetime Earnings
Brandon Busteed
Cheryl Oldham
Mark Schneider
This form needs Javascript to display, which your browser doesn't support. Sign up here instead