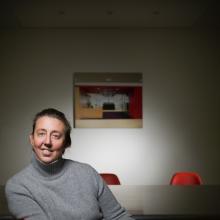 Corporate Citizenship Center
President/Partner, Show of Force and Director, A Path Appears, Half the Sky Movement

Maro Chermayeff is an award-winning filmmaker, producer, director, author and former television executive at A&E/AETN. She is Founder and Chair of the MFA program in Social Documentary at the School of Visual Arts in New York City and partner in the production company Show of Force. She is the Director and an Executive Producer of A Path Appears, the follow-up series to the landmark four-hour PBS documentary series Half the Sky: Turning Oppression into Opportunity for Women Worldwide (PBS, 2012). Some of her extensive credits include: Kehinde Wiley: An Economy of Grace (PBS, 2014), ), 6-hour series Circus (PBS, 2010), the Emmy-award winning Marina Abramovic: The Artist is Present (HBO, 2012) Mann v. Ford (HBO, 2011), Parasomnia (France 2, 2010), the Emmy Award-winning 10-hour series Carrier (PBS/Nat Geo International, 2008), the 6-hour series Frontier House (PBS, 2002), American Masters: Juilliard (PBS, 2003), The Kindness of Strangers (HBO, 1999), Role Reversal (A&E 2002), Trauma, Life in the ER (TLC, 2001) the Vanity Fair web series Eminent Domains (2014), and over 15 specials for Charlie Rose. Represented by WME, Chermayeff is a principal of Show of Force, the production entity for the Half the Sky Movement. She is an Executive Producer of Half the Sky Movement's Facebook Game and 3 Mobile Games with Games for Change.