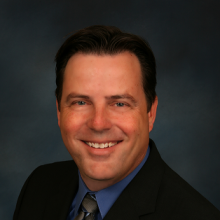 Corporate Citizenship Center
President & CEO, Arlington Chamber of Commerce
Michael Jacobson was appointed President & CEO of the Arlington Chamber of Commerce in February 2016. The Arlington Chamber of Commerce represents the interest of over 900 businesses in the greater Arlington area, championing economic and community prosperity.
Prior to this position Michael Jacobson was director of Intel’s Corporate Responsibility Office. In this role, he was responsible for leading Intel’s corporate responsibility strategy with stakeholders across the company. He led an experienced team of experts in corporate social responsibility, strategic alliances, marketing and communications, stakeholder management and reporting who were committed to building upon Intel’s performance as a leading corporate citizen.
Michael managed Intel’s Corporate team in California and Texas where he was responsible for leading corporate responsibility programs, philanthropic investments and public policy. Michael also worked in Intel’s Corporate Real Estate and Site Development Group as a site selection manager. In this capacity, Michael was responsible for evaluating locations across the globe for potential Intel investment.
Jacobson came to Intel from the Fort Worth Chamber of Commerce where he was a director of business development. During his four-year tenure with the Chamber, Fort Worth ranked in the top ten in the United States for business recruitment. Intel was one of the companies that he helped recruit to Fort Worth.
Jacobson joined the Fort Worth Chamber after serving eight years in Washington D.C. He held positions as assistant to the deputy secretary for management planning and operations for the U.S. Department of Housing and Urban Development, special assistant to the Commissioner for the Social Security Administration and special assistant to the Administrator of the Urban Mass Transportation Administration.
Jacobson received his bachelor’s degree in Political Science from Baylor University in 1984.