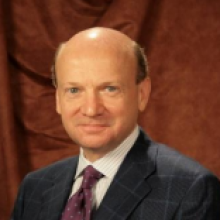 President & CEO, Governor's Foundation for Health and Wellness
Richard Johnson is the President and Chief Executive Officer of The Governor’s Foundation for Health and Wellness, a nonprofit corporation that is leading and directing a statewide initiative to improve health outcomes in Tennessee.
He was previously Special Assistant to Governor Bill Haslam and prior to that was Executive Vice President of Provision Healthcare. Before joining Provision, he was President of Eastern Management, a planning and project management consultancy.
Richard served as Senior Vice President and was a member of theExecutive Committee of Ruby Tuesday, Inc., a leading international foodservice company, where he was responsible for the senior leadership of several corporate departments during his tenure.
In the mid-1990s, he was Vice President of Dollar General Corporation, a multibillion-dollar discount retail chain. He directed planning, marketing, communications, and real estate development, along with purchasing,
warehousing and distribution.Prior to that, Richard was Senior Vice President of Morrison Restaurants, Inc. and President of its Specialty Restaurants Division.
He is married to Mary Donnet Johnson, and they have two teen-aged children, Mary Margaret and Pace. Rick is President of the Knoxville Symphony Society, serves on the Board of Directors of the Second Harvest Food Bank of East Tennessee, is a Trustee of Emerald Youth Foundation, a member of the Board of Directors of the East Tennessee Historical Society, and a member of the Board of Directors of Lazarus Ventures, LLC. He is a published author and was an invited contributor to the 2012 and 2013 Sewanee Writers’ Conference at the University of the South. He is a member of St. John’s Episcopal Cathedral and the inaugural class of Leadership Tennessee.