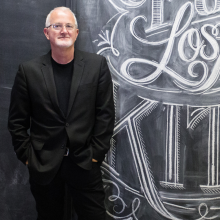 Robert pioneered the model of L.A. Kitchen during his 24 year tenure as the President of the DC Central Kitchen, the country’s first “community kitchen”, where food donated by hospitality businesses and farms is used to fuel a nationally recognized culinary arts job training program. Since opening in 1989, the DC Central Kitchen has produced over 26 million meals and helped 1,000 men and women gain full time employment. The Kitchen operates its own revenue generating business, Fresh Start Catering, as well as the Campus Kitchens Project, which coordinates similar recycling/meal programs in 33 colleges or high school based kitchens.

In addition, Robert is the Founder and President of CForward, an advocacy organization that rallies employees of nonprofits to educate candidates about the economic role that nonprofits play in every community, and to support candidates who have detailed plans to strengthen the economy that includes nonprofits.

In Washington DC, Robert was the founding Chair of both the Mayor’s Commission on Nutrition and Street Sense, Washington’s “homeless” newspaper. He was also the Co-Convener of the first Nonprofit Congress, held in Washington DC in 2006. Currently, Robert serves on the Board of the national addiction recovery program, Back On My Feet, the Philanthropic Collaborative, and Chef Jose Andres’ World Central Kitchen.

Robert’s book on the non-profit sector, Begging for Change: The Dollars and Sense of Making Nonprofits Responsive, Efficient and Rewarding For All, was released in 2004 by HarperCollins. It received the 2005 McAdam Book Award for “Best Nonprofit Management Book” by the Alliance for Nonprofit Management.

Robert was included in the NonProfit Times list of the “50 Most Powerful and Influential” nonprofit leaders from 2006-2009. He was the recipient of the Restaurant Association of Metropolitan Washington’s 2007 “Lifetime Achievement” award and the 2004 James Beard Foundation “Humanitarian of the Year” award. He has been named an Oprah Angel, a Washingtonian of the Year, a Point of Light and one of the Ten Most Caring People in America, by the Caring Institute. He is also a 15-gallon blood donor to the American Red Cross.

Robert speaks throughout the country and internationally on the subjects of hunger, sustainability, nonprofit political engagement, and social enterprise. He writes blogs and editorials to share his ideas about the nonprofit sector and the future of America. To check out Robert’s most recent speaking schedule, blogs, and editorials, please visit www.robertegger.org.