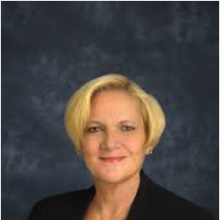 §  Led membership-based commercial trade exchange company to over $4.5 million in annual revenue with 3000 business members, 4 offices in 4 states, and 50 employees.

§  Company recognized as one of top three commercial trade exchanges in the world.

§  Company was acquired in 1999. Stayed on at acquirer (Intagio Trading Network) through 2003 in variety of positions including VP operations responsible for 14 locations and 200 staff in the US and Canada; and VP business development and strategy.  Successfully led start-up operations in Texas and California.

Grant-writer to secure funding for statewide cancer education and care delivery programs.  Delivered educational workshops and seminars about cancer care throughout the State of Illinois.

Joint appointment in College of Nursing and university medical center

Maintained caseload of oncology patients both in hospital and outpatient settings.

Provided consultation service in specialty of oncology within hospital

Clinical instructor for junior or senior students each quarter

American Association of Presidents of Independent Colleges and Universities

“How online delivery methods and proprietary partnerships can facilitate quality and access to BSN programs.”

Jones and Bartlett Yarbro, J.W., and Groenwald, S.L. (1993). Milestones in our understanding of the causes of cancer.  In Cancer Nursing:  Principles and Practice (ed. 3), Boston:  Jones and Bartlett.

Groenwald, S.L. and Kupchella, C.E. (1992) (Guest editors) Special issue of Seminars  in Oncology Nursing dedicated to the biology of cancer.