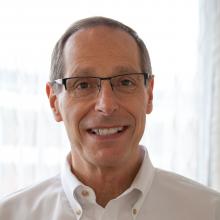 Thomas G. Bognanno has been the President and CEO of Community Health Charities since January 2006. Prior to that, Tom had a distinguished 20-year career with the American Diabetes Association (ADA), starting as Executive Director for the former ADA New Mexico and Missouri affiliates and Executive Vice President for the Texas affiliate. He was promoted to Special Assistant to the CEO in 1998 before moving into the role of Chief Field Officer in 2003. Prior to his years with ADA, he spent six years with the American Cancer Society.

Among his key accomplishments in his role as Chief Field Officer, Tom was instrumental in revitalizing the community level infrastructure of ADA and in bringing volunteer and staff development back as a priority for the organization. He was also one of the chief architects of the Everyday Choices for a Healthier Life partnership between the ADA, the American Heart Association and the American Cancer Society.

Residing in northern Virginia, Tom and his wife, Suzan, have been married for 34 years and raised three children.