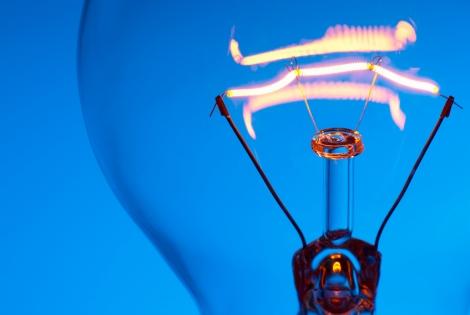 The late Steve Jobs of Apple, Inc., by any measure one of the greatest of American innovators, once noted that “innovation distinguishes between a leader and a follower.” As home to the most prolific innovators in the world, the United States has long been not just a leader, but the leader in the global economy. From the Wright brothers’ first flight at Kitty Hawk to finding a cure for polio, to inventing the Internet and putting Neil Armstrong on the moon, America has led the world in breakthroughs and advances that have changed the world.

But a host of alarming indicators suggest our position of global primacy is slipping—giving way to a significant skills gap. Americans are attaining college degrees at a slower pace than 15 other industrialized countries. The Center for the Next Generation reports that by 2030, China will have 200 million college graduates—more than the entire U.S. workforce. The same group finds that more Americans think the “next Bill Gates” will come from China or India than from the United States.

As president of the U.S. Chamber of Commerce Foundation, I hear what businesses are saying. Americans are poorly trained for the demands of the skilled jobs they need to fill, across the board—from welders, manufacturers, and machinists to all varieties of scientists, mathematicians, and engineers.

We rightly point to education as critical to addressing the skills gap. But if we want America to be a great innovator, then innovation must also drive how we prepare the next generation of American entrepreneurs, visionaries, citizens, and patriots.

Search on the phrase “secrets of innovation” and you will see the common threads that define innovative people and organizations. Innovators scrutinize the behavior of their customers to develop a deep understanding of what they need. Innovators try out new ideas. The great ones aren’t afraid to experiment. They are outcome-focused and ambitious about finding what works—and they stay nimble to adjust when they find something isn’t working. Being insulated is antithetical to innovation. Innovators thrive on competition. They go out of their way to get diverse perspectives, to learn from other fields, to be open to change, and to attract the best and brightest.

America’s history of innovation should encourage us. With all we’ve accomplished, surely we can close the skills gap. Unfortunately, the ways American education systems typically work don’t sound much like how innovators operate.

If consumers were important in education, we’d have a wealth of new schools, new thinking, new models, and new laboratories of learning. Students and families would have information with which to make choices about their education, and there would be accountability for results because consumers would be able to vote with their feet.

If our education systems were ambitious about finding what works for students, we’d get serious about tailoring education to individual needs. We would see learners moving at their own pace and we would harness the power of technology to completely customize and change how our schools work. We would have more schools challenging the myth that some children just can’t learn. If our schools were driven by innovation, we would use time and people in more strategic ways.

Higher education institutions would focus on being more customized, convenient, relevant, efficient, and affordable. They would embrace, rather than just tinker with, new models of education delivery provided by folks we at the Chamber of Commerce call “edupreneurs.” They’d also be more responsive to business as customers in need of a prepared workforce, which might help close a skills mismatch that has 3.2 million skilled jobs unfilled in an economy in the midst of a deep recession.

In the global economy, and in our increasingly flat world, the educational needs of our students are rapidly changing. To be successful, students must be able to adapt and learn quickly. They must appreciate diversity and have a deep capacity for problem solving and critical thinking.

But we must face the cold, hard truth: We will not have students college- and career-ready by 2020 if we say it’s impossible to get them to grade level in reading and mathematics by 2014. When I served as White House Domestic Policy Advisor and U.S. Secretary of Education, we made progress under No Child Left Behind. Achievement rose, especially for those too often left behind: poor, minority, and special education students. In reading, for example, 9-year-olds made more progress a decade than in the previous 28 years combined. But the achievement gap persists.

Closing the gap is, in part, a matter of will. The United States isn’t going to be an international leader if it departs from the promise of serving every child, everywhere. Turning back the clock, as we are seeing now, to the days when we set different standards for kids based on the color of their skin or how much money their parents make isn’t going to raise America’s international standing. With an education and a dream, every American can make his or her own success.

But that ambition isn’t enough. If we are going to educate the next generation of American innovators, we must tap the intellect and ideas of every possible sector. We must embrace new ways of doing business in our schools. We must ensure that education systems deliver, and we must hold ourselves accountable for the results.

This thought piece is a part of the publication, Help Wanted 2012: Addressing the Skills Gap, which features writings from business, education, and nonprofit leaders.

Margaret Spellings is former U.S. Secretary of Education and President of the U.S. Chamber of Commerce Foundation.

5 Essential Tools to Teach Your Kids About Civics While Homeschooling
A New Talent Pipeline Management Resource for CTE
TPM Resource Guide: A Compendium for High-Quality CTE