U.S. Chamber of Commerce Foundation / Common Core brings benefits to both education and our economy
Center for Education and Workforce
August 8, 2013

Common Core brings benefits to both education and our economy 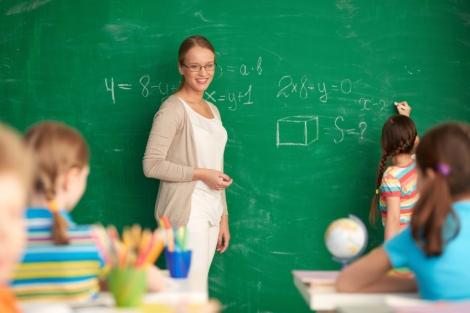 It's not adequately preparing our students to succeed in college or the modern workforce. It's not delivering the skilled workers that businesses need to drive stronger economic growth. It's not helping advance America's ability to compete and lead in the global economy. In short, it's setting our nation up to fail.

Although there are exceptions, American public schools are generally producing fewer students with the skills they need for long-term success. Proficiency in fundamental disciplines is slipping.

Among the 34 leading industrialized countries, the United States ranks 14th in reading literacy, 17th in science and a dismal 25th in math. It should surprise no one that we've fallen from No. 1 in the world in the percentage of young adults with college degrees to No. 10.

The jobs of the 21st century are also becoming more specialized and technical. In fact, there are 3 million jobs going unfilled in this country because there aren't enough qualified candidates.

Ninety percent of the jobs in the fastest-growing occupations require postsecondary education and training. And by 2020, there will be 120 million high-skilled and high wage jobs. If we don't have the workers to fill them, we will risk our economic leadership in the world.

This is a looming national crisis that requires urgent action - and it must begin at the most fundamental level: K-12 education.

We believe that one major answer to this challenge is in our grasp - the Common Core State Standards. Common Core is a leading effort spearheaded by state leaders on both ends of the political spectrum with input from teachers, parents, school administrators and experts.

Common Core is an elevated set of standards - not a curriculum. It focuses on the building blocks of learning, such as reading and math, and is designed to be applicable in the real world - namely, college or career.

One of the key attributes of Common Core is nationwide clarity and consistency. Under our current system, the United States is a patchwork of disparate state standards and uneven expectations.

An A in one state may be equivalent to a C in another. But states that opt into Common Core adopt a consistent set of goals that puts them on equal footing. So far, 45 states and the District of Columbia have opted in, which helps provide clarity for students, parents, and teachers across the country.

Common Core is also on par with international standards. Currently, our young people are being outperformed by students in countries like South Korea, Finland, Canada, Poland and Australia. The initiative aims to solve this problem by raising our educational standards, enabling Americans to compete with global peers.

Here's what Common Core won't do: bureaucratize education or centralize authority over our schools. Opponents of the initiative are propagating the falsehood that these standards are a federal takeover of education. Some even suggest it is a top-down effort to indoctrinate students with slanted ideology.

This is flat-out wrong. Common Core was created at the state level - where our most innovative policies often originate - by governors and state officials. And no state is required to participate.

This common-sense initiative has earned the bipartisan support of state lawmakers. It also has the backing of the broader business community. Business leaders not only want to see U.S. students poised for personal success, we want to see them equipped with the skills to be productive employees and strong contributors to our economy.

Everyone who has a stake - parents, educators, labor, business and policymakers - must commit to working cooperatively toward our shared goal of strengthening U.S. education.

Our future is on the line. We urge governors and state legislators not to squander this opportunity to turn America's education system around.

Thomas J. Donohue is president and CEO of the U.S. Chamber of Commerce, and John Engler is president of the Business Roundtable.