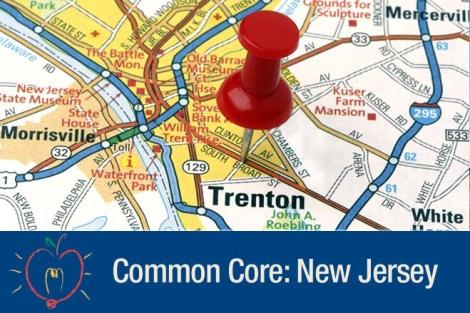 On many current measures based on existing state assessments, New Jersey has one of the best public school systems in the country. Our aggregate data consistently place us on the very short list of five top-performing states based on many key measures of success.

Yet even with these results, graduation rates for first-time, full-time, continuously enrolled, degree-seeking students in our community colleges are unbelievably low. At the two-year mark, only 1 percent of students in Essex County (a heavily urbanized area) have earned their two-year degree. The graduation rate in slightly less urbanized Union County is only 2.9% at the two-year mark. The rest of the state doesn’t fare much better, even as we factor in our suburban counties. Overall, the state’s community college graduation rate is about 13 to 14 percent at the three-year mark.

Anyone who believes that community college is one of the best ways ‘up and out’ of poverty should be very concerned with these numbers.

While many community college students advance to four-year institutions (certainly a successful outcome), our four-year colleges and universities are also facing problems with the ‘readiness’ of our high school graduates. Only slightly better than half of the state’s full-time, first-time, continuously enrolled students graduate with four-year degrees at the six-year mark – the rest take longer – paying for remedial courses which cover material that should have been learned in high school.

On the ‘career’ side of the equation, our employers report that most young adults are not ready for entry-level jobs, and those who are will likely not be candidates for promotion.

Clearly, something is broken. New Jersey’s very successful K-12 system is not really preparing students for any future other than that which focuses on the current standardized state tests.

The Common Core standards in mathematics are of particular interest because success in math is the clearest predictor of college-degree attainment. Knowing only Algebra I gives a student less than a 10% chance of earning a college degree. Grades count as well; students who get Cs and Ds in high school have only a 50 – 50 chance of earning even one college credit.

The Common Core standards give teachers the long-wished-for opportunity to cover less material during the year. They will allow teachers to delve ‘deeper’ into content which breaks from the current “mile-wide, inch-deep” methodology in classrooms. Additionally, teachers will be able to take more time with individual students who may be struggling to understand key concepts in Mathematics – or English.

Should the Common Core be deployed with fidelity, it is highly likely students will spend less time – and their parents will spend less money – in postsecondary institutions earning the industry credentials, associate’s degrees, or bachelor’s degrees they will need for the jobs of the 21st century. These higher standards will demand more from students and will also present them with a more realistic sense of what they need to learn to be ready for the challenges ahead.

Unfortunately, the introduction of these standards is in direct contrast to the ‘go for less stress’ messages that students hear all the time. In one high minority, low income school district in north Jersey, a school board has mandated that no teacher can give any student a failing grade in the first nine-week marking period less they be traumatized by their failure (something neither professors or employers would espouse). In all but the best schools, teachers report that on any given day, about 75% of students have not done their homework. Given its level of rigor, the Common Core will require homework (but so will college professors and bosses).

But as low-skill jobs become as extinct as the dinosaurs, it has to be done. Otherwise, the United States will not continue to be the economic powerhouse it has been over the past 70 years.