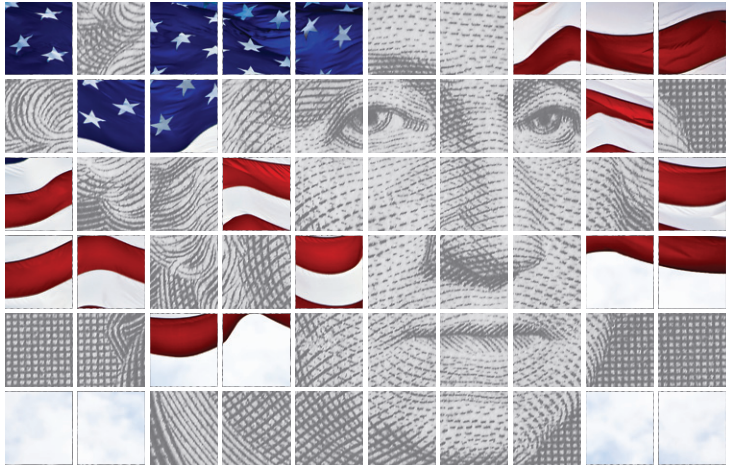 The state of American entrepreneurship is improving, but worries remain over increasingly divided fortunes, according to a new study from the Kauffman Foundation.

For the first time since the Great Recession, entrepreneurs can breathe a sigh of relief. Kauffman’s report shows that more people are starting businesses, those businesses have a higher chance of survival, and entrepreneurs are finding it easier to gain traction and reach scale.

Nevertheless, entrepreneurial dynamism remains on a three decade-long decline and startup density is still 20% lower than in pre-recession years.

Among the report’s key findings are that:

Age, race, and gender gaps are costing the American economy. 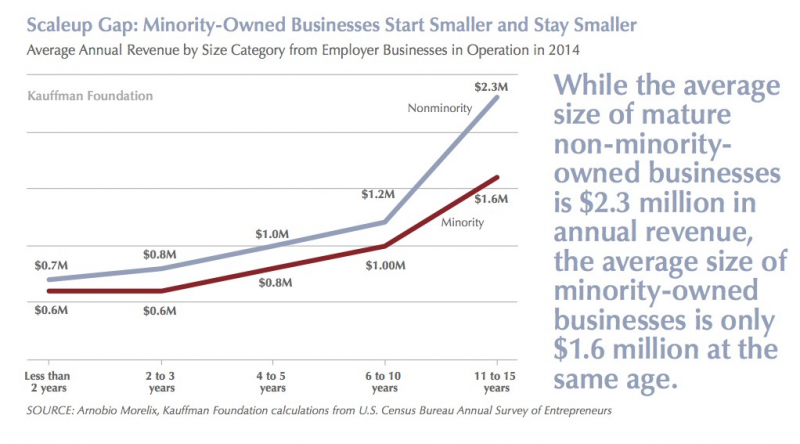 The portrait of American entrepreneurs is whiter and more male than America itself. If minorities started businesses at the same rate as non-minorities, America’s economy would enjoy as many as 9.5 million more jobs, Kauffman said. The same goes for women, who are half as likely as men to start an employer business — costing the U.S. some 1.7 million additional firms. Overall, the barriers to minority-owned startups remain persistent and systemic. The aging of America is also believed to be behind America’s decline in entrepreneurial dynamism.

“Entrepreneurship is an increasingly urban phenomenon,” declares Kauffman, and opportunity is spreading beyond the stereotypical startup hubs to smaller metros. Venture capital is more widely distributed than at any time since the 1980s. Meanwhile, rural communities claim a far smaller share of the nation’s startup population than they do of the overall population. Two out of every 10 startups born in 1977 came from rural America. Today, that number is just one out of every 10. “Kansas City wins,” the report’s authors conclude, “but rural Kansas loses.”

Technology is lowering barriers to entry, but creating fewer jobs as companies scale 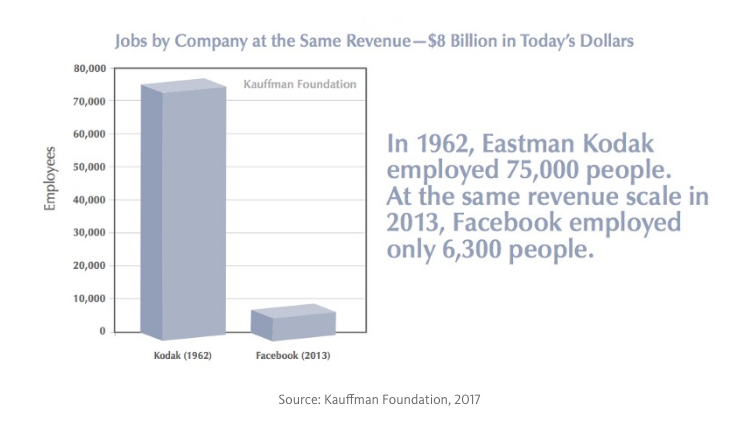 Entrepreneurship is becoming more widely accessible as illustrated by online platforms such as Etsy. At the same time, value creation is diverging from job creation as startups scale. Kodak’s first billion in sales came when it had 75,000 employees; Facebook employed 6,300 when it reached the same scale in today’s dollars.

“While new and young companies have been the biggest net job creators in the nation since the 1970s,” Kauffman finds, “it is not clear how much these firms will be able to contribute to new job creation in the future.”

With the report’s findings in mind, the Kauffman Foundation sees three megatrends shaping the future of entrepreneurship: new faces in demographics, new maps of geography, and new natures of technology.

Not only do these forces explain everything from today’s populist politics to tomorrow’s entrepreneurial opportunities, but they will shape how the Foundation invests its resources in the coming years.