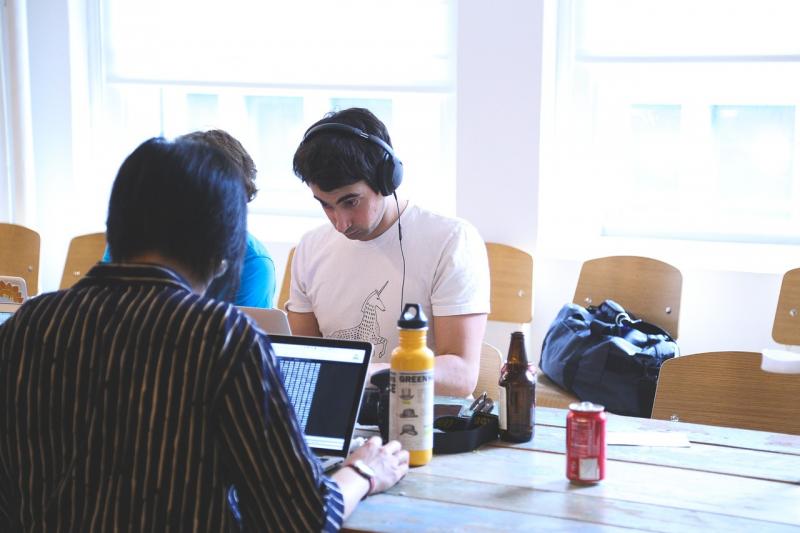 Tweet Facebook
This country depends on startups for creating not only new innovations, but also generating economic dynamism.

This is the second in a series of blog posts exploring the current and future health of startups. See also: Will the Startups of Tomorrow Flourish Like Those of the Past?

Why is it necessary to promote entrepreneurship and startups, and why is startup growth such a prevalent sign for economic strength and stability?

American companies less than one year old have created an average of 1.5 million jobs per year over the past three decades (Kauffman). This country depends on startups for creating not only new innovations, but also generating dynamism.

Dependency on startups is reaching a pivotal point, as the rate of new startups and startup growth are declining. “New businesses represent a declining share of the business community. According to Census data, new firms represented as much as 16 percent of all firms in the late 1970s. By 2011, that share had declined to 8 percent” (Kauffman).

A shortfall in entrepreneurship today may have drastic effects on the future of startups and the strength of the American economy.

So what factors are most impactful for existing startups looking to grow, as well as the factors most prevalent for startups yet to launch to be successful?

Startups often bring the heart of a city’s history and its potential technological future. The degree of their success is thus reliant on the collaboration between themselves and local universities, corporations, governments, and nonprofits.

Social capital is made from the network of people and relationships living in a particular region, working in an industry, and communicating ideas with trust and openness. This transfer of information and ideas through people is one of, if not the most valuable asset a startup can acquire. Selling yourself is just as important as selling a quality product, a lesson Jim Koch learned early on that he and his co-founder, Rhonda Kallman, had to do 2 things: make great beer consistently and sell themselves alongside their product.

One of the most impactful benefits startups have had in recent years has come through the expansion of Connected Spaces or Startup Hubs. Convening entrepreneurs in a high-density environment has allowed for a greater spread of resources and business expertise.

Startup hubs bring together smart innovative people, often working towards similar goals of building their businesses and improving their shared community. In these connected spaces, startups are generally able to increase productivity and learning by working ideas off of similar consumers to which they intend to market. This rapid transmission of knowledge can enable faster and more dynamic growth.

Regulatory hurdles loom large for startups, especially those with revenues directly tied to consumer demand. Regulatory policies over the last two decades have made it difficult for startups and smaller firms to grow and expand. These policies are especially challenging for entrepreneurs with innovative business models—like Jim Koch’s Boston Beer Company—to get their foot in the door of new markets.

When a startup emerges it often faces a pre-existing industry with standards and customs that are accepted by businesses, government, and consumers (though not always harmoniously). Co-founder and former CEO of AOL, Steve Case, offers this advice: “Keep your eye on the prize and focus on your mission. Remember what you’re trying to do, what your value is, why it’s important, and at the same time, change course and direction. If the market’s telling you different things how are you going to adjust to that?” These influences on startups provide both an opportunity bring a new perspective to an industry as well as meet and surpass potential obstacles.

Startups can be much more flexible than large firms, and typically have a greater ability to adapt to new technologies and systems. This strategic advantage affords them access to improved business models, increased productivity, and dynamism during uncertain business conditions.

The ability to function faster and more efficiently across many markets both domestic and international affords startups a unique opportunity to grow and expand where conditions are most profitable. As a report on “Global Flows in the Digital Age” from the McKinsey Global Institute states, “Today, digital technologies enable even the smallest company or solo entrepreneur to be a “micromultinational,” selling and sourcing products, services, and ideas across borders.”

Today’s financial markets have opened many opportunities for entrepreneurs to access capital, yet they operate in different manners than previous generations. Financial intelligence and the capability to understand and navigate these means and processes of acquiring capital are vital skills for startups to possess in the modern economy.

Entrepreneurs should remember that a startup’s value and likelihood for future success is not solely rooted in their current finances and ability to raise funds. In Koch’s book, Quench Your Own Thirst, he writes:

“The value of the company depends on elements that contribute to the creation of real value—things like providing superior products at fair prices. You need to be learning and innovating, giving your people interesting, motivating work and compensating them fairly, creating value for your community, and doing it all in a way that yields a good profit. That’s not what much of Wall Street values, but it’s what creates long-term value for investors.”

Large firms have greater cash piles today than ever before as well as increased access to borrow capital with low interest rates. These firms are thus positioned to acquire smaller organizations to add to their portfolios. Their abundance of resources enables them to make attractive deals to startups and persuade them that they’d be better off as a part of a larger company.

This growth in M&A activity can be seen in the reduction of public firms over the past twenty years, from upwards of 8,000 firms on U.S. exchanges in 1996 to just over 4,000 firms today. Mergers alone have accounted for roughly 45% of all delistings since 1996.