U.S. Chamber of Commerce Foundation / 7 Reasons Why Common Core is Here to Stay in New York
Center for Education and Workforce
April 20, 2016 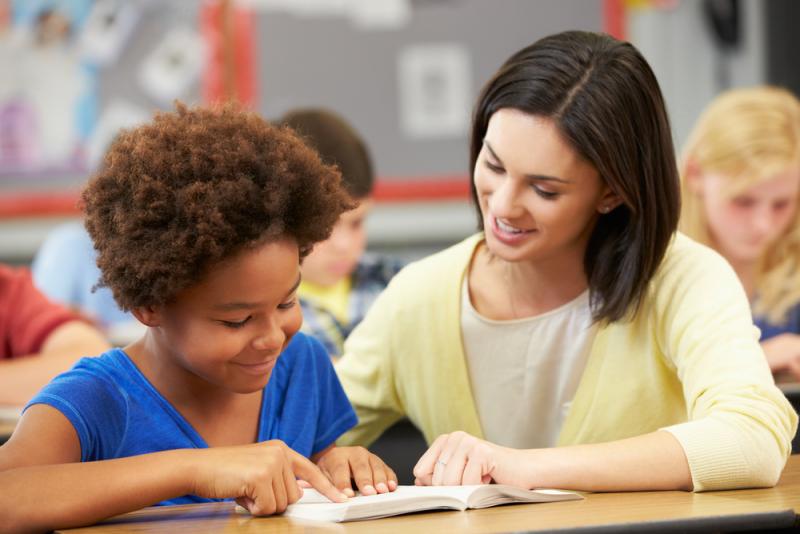 Does all this mean that the Common Core is going away? And does it even matter? The Public Policy Institute of New York State, Inc. released a paper that argues higher standards, like the Common Core, do indeed matter to the economic future of the state and its citizens, and are firmly taking root in classrooms.

Here are seven reasons to think that the Common Core is here to stay.

The Common Core Standards Represent “the Best of Our Knowledge.” Developed through an open and collaborative process that drew input from thousands of teachers, higher education faculty, and researchers with expertise in the U.S. labor market and top-performing education systems from around the world, the Common Core embodies the state of the art in math and English language arts standards.

Early Results Are Promising. The Common Core movement has tapped a phenomenal burst of energy and creativity among New York’s teachers, many of whom are developing and sharing classroom strategies on EngageNY.org, the New York State Education Department’s website that contains free resources for teachers and principals. Teachers’ growing comfort with the standards is beginning to translate into student results: The percentage of New York test takers in grades 3-8 who scored at the proficient level in math has already increased by seven points, from 31 percent in 2013 up to 38 percent in 2015.

With clearer standards to guide educators, a higher percentage of New York’s high schoolers will graduate with the knowledge and skills they need to succeed in college, and fewer of them will require remedial courses in college.

Business and Higher Education Leaders Support College- and Career-Ready Standards to Bridge the Skills Gap and Boost New York’s Economy. With clearer standards to guide educators, a higher percentage of New York’s high schoolers will graduate with the knowledge and skills they need to succeed in college, and fewer of them will require remedial courses in college. A reduction in the need for remediation will increase college attainment rates, and economists have shown that higher levels of college attainment lead to a more productive workforce. College-educated workers earn higher wages, which enables them to contribute more in tax revenue and rely less on state assistance programs. This explains why leaders from IBM’s Stanley Litow to the State University of New York’s Chancellor Nancy Zimpher support college- and career-ready standards.

The Common Core is Not About Zany Math or Indoctrinating Children. It’s About Conceptual Understanding and Critical Thinking in Real-World Contexts (Just Like the New SAT). The Common Core standards and the new SAT both seek to engage students in evidence-based reading and writing, drawing on more non-fiction texts from science and social studies sources. They also focus on the areas of math that are most important for college and career, and ask students to solve the kinds of math problems that they might encounter in daily life or on the job.

Common Core Opposition Is Largely Based on Misconceptions and Testing Worries; Public Support for High Standards Is Strong. The New York Common Core Task Force found that “even vocal opponents … have noted that although they may not support the implementation of and assessments related to the Common Core, they are in favor of high standards for students and accountability for schools and districts.”

The Common Core Standards Have Created Powerful Efficiencies in the Market for Educational Materials. With the adoption of common ELA and math standards in more than 40 states, all the major publishers are competing to create Common-Core-aligned textbooks and tests, and newer developers are entering the marketplace as well. Non-profit and governmental entities are developing and disseminating free Common Core curriculum materials, and individual teachers are developing and sharing their own Common Core-aligned resources online. Publishers now benefit from a larger market for each product they develop, and consumers enjoy a larger selection of better materials at lower prices.

You Can Join in Supporting College and Career Readiness in Your Community. New York’s employers are making strategic investments in education and sending an important signal about their priorities by showing their support for the Common Core standards.

Allison Armour-Garb is a senior fellow at The Public Policy Institute of New York State, Inc.

Paving the Way to Gender Equity Through STEM Education
Class of 2020 Postsecondary Enrollment Plummeted - What Now?
Bringing Business to the Table for Early Childhood Education in Nebraska