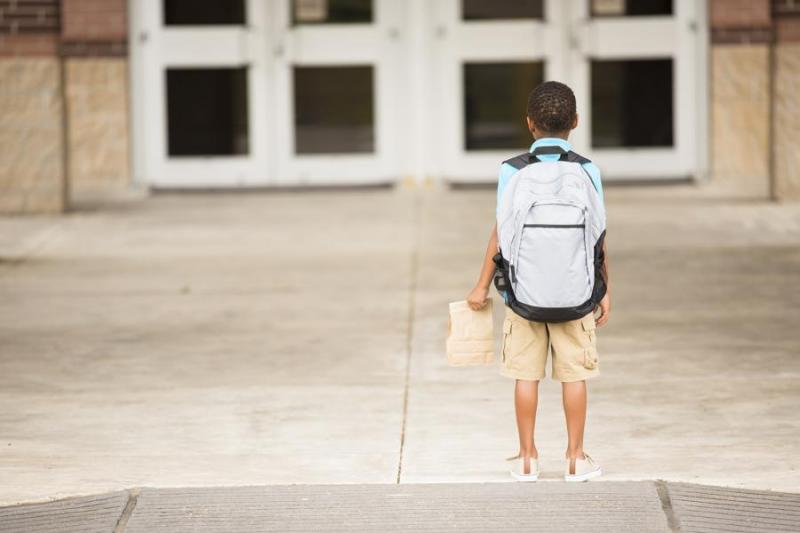 Tweet Facebook
Education equity is not a problem confined to one laggard state; it is a national problem. #PathForward15

Our country has taken considerable strides toward racial equality in recent decades, but one area where we still fall well short -- where a child’s race still plays a role in determining the opportunities he or she has to succeed -- is our nation’s education system.

Despite some signs of improvement over the past quarter century, African-American K-12 students continue to perform at significantly lower levels than their white peers in every state, according to a new report issued by the U.S. Chamber of Commerce Foundation on Thursday. The report is part of the foundation’s Leaders & Laggards series – which evaluates the effectiveness of every state’s education system – and it was released at an event hosted by the foundation and the NAACP at the at the U.S. Chamber of Commerce’s headquarters in Washington.

"The numbers are stark and sobering,” Michael McShane, director of education policy at the Show-Me Institute, said in a statement concerning their findings. McShane, who helped develop and produce the study with the foundation, later added: “Far too many African-American students are being denied the opportunity for an education that will prepare them for success later in life."

It’s important to note, as the researchers point out in their report, that “education equity is not a problem confined to one laggard state; it is a national problem.”

It’s also a problem that starts as early as elementary school.

National Assessment of Educational Progress (NAEP) data from this year show that only 18 percent of African-American fourth graders are proficient in reading, and only 19 percent are proficient in math, both markedly lower than the national averages of 36 percent and 40 percent, respectively. Similar gaps persist in reading and math once students reach 8th grade, at which point African-American students tend to be less proficient than their white peers in civics, history and geography, too.

It’s important to note, as the researchers point out in their report, that “education equity is not a problem confined to one laggard state; it is a national problem.”

“In a 21st century global economy, we simply must provide all students in this country with the opportunity to reach their full potential,” U.S. Chamber President and CEO Tom Donohue said on Thursday. He later added that, “as a nation, we cannot be satisfied when only some of our young people are being educated to high levels; we must do better.”

In order to do better, Washington’s leaders and state leaders throughout the country must step up to the plate. The Chamber and other education experts continue to call for a robust education reform agenda that demands accountability, establishes high academic standards and focuses on students with the greatest need. It must also be an agenda that takes into account feedback and recommendations from industry leaders - the ones who ultimately will be looking to hire those students after in the years ahead.

Only then can we start to close the opportunity gap in our schools and ensure that every child - no matter their race or economic circumstance - has access to a high-quality education.

5 Essential Tools to Teach Your Kids About Civics While Homeschooling
A New Talent Pipeline Management Resource for CTE
TPM Resource Guide: A Compendium for High-Quality CTE