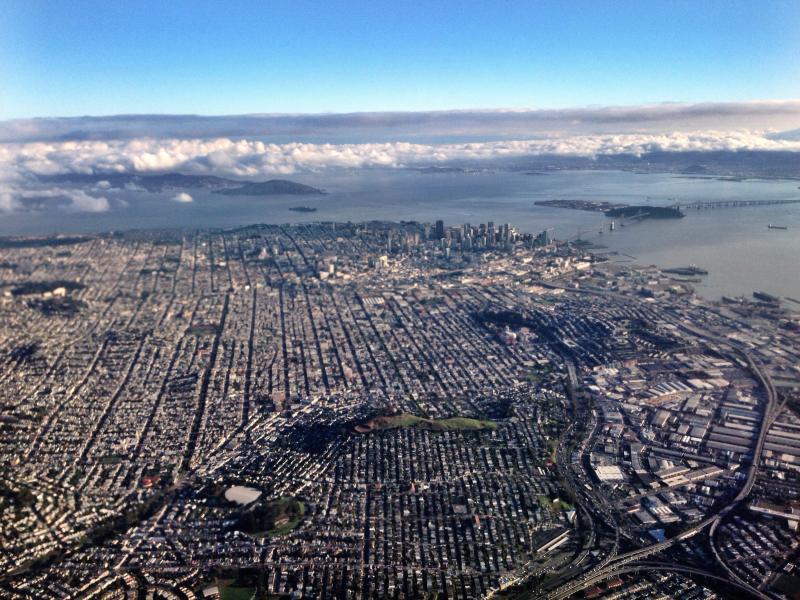 America's cities are becoming increasingly unaffordable. Why? Because some are failing at basic supply and demand.

So says Kim-Mai Cutler in an incredibly thoughtful investigation into San Francisco's housing market. The Bay Area is one of the most expensive (and beautiful!) places to live in America. Most people there find it hard to afford putting a roof over their heads. With this housing crisis has come protest, as residents fear losing the city’s treasured culture to tech-enriched elites.

Behind San Francisco's crisis is a trend affecting all of urban America. Commerce is on the rise and a new set of residents are flowing in, increasing demand for space in which to work and live. In San Francisco, the tech community is directly and indirectly fueling much of this growth. On the flip side, established residents are (profitably) limiting supply through decades-old laws.

Over the last 30 to 40 years, America's more affluent population has shifted away from suburbs and toward cities. With young adults marrying later and employment becoming more temporary, young adults and rich retirees are finding city life more attractive. The suburbs can still draw on rural migrants and immigrants from abroad to top up their population, but recent population growth is also favoring cities.

What really matters with this trend is that highly-skilled people are setting up shop in denser areas. Each one of these people is the modern-day equivalent of a new factory churning out ideas and attracting others like them. And because they trend younger, they can produce for longer and create more jobs.

Yet while cities like jobs, they don't always like more homes. As Cutler describes, the Bay Area is one of the most difficult places to build in the country. It's a result of "30 to 40 years of NIMBYism (or 'Not-In-My-Backyard-ism') from the old wealth of the city and down from the peninsula suburbs." They've passed highly restrictive zoning requirements that have proved remarkably effective at stifling growth in their backyard.

Developers in San Francisco are faced with "unpredictable costs and years of delays" that are "ultimately passed on to buyers and renters." More subtly, "developers also have problems attracting capital financing in weaker economic years because of political uncertainty."

As a result, housing construction has slowed to a crawl. A study of America's tech hubs found that from 1990 to 2013, San Francisco issued the lowest number of new construction permits. The city also happened to have the highest median housing prices.

In San Francisco, only 35% of residents own their own home. The rest rent one of 376,940 units, of which 75% are locked up in rent control. That means there’s not much room for an actual market. "As a result," Cutler says, "any rents which can rise, will rise."

What we’re seeing here is simple supply and demand at work. Surprisingly, some affordability activists don’t see it this way. Some point to evidence from the late 2000s showing that housing prices fell when construction slowed—ignoring that these figures came from smack in the middle of a deep recession. Others argue that luxury housing is crowding out affordable living spaces. This ignores that development restrictions have meant that any demand for nice housing has fallen on existing housing stock rather than on shiny new units.

Why do these development restrictions exist in the first place? The reasons vary from city to city, but in San Francisco it had to do with a seemingly reasonable response to ‘70s-era social disruption. It was spectacularly ill-timed though, since these restrictions came just as Americans started contemplating a move back into cities.

As Ryan Avent points out in The Economist, this doesn’t explain why the NIMBYism has proven so resilient. He thinks he knows why:

The structure of local politics tends to magnify rent-seeking, generating enormous social costs. The benefits and costs of population growth occur in a way that practically guarantees highly restrictive building rules. The (large) potential benefits to would-be San Franciscans accrue to people who have no political power within San Francisco. The gains to San Franciscans from population growth are distributed very broadly; when a new building project allows more people to live in San Francisco, everyone in the city derives a small benefit from that growth—from the larger market size, greater opportunities for professional networking and knowledge spillovers, and so on. But the congestion costs associated with that new project are highly concentrated on the people living in the immediate vicinity of the new construction. There is a population level at which new growth entails net costs for all San Franciscans. But residents of San Francisco will limit new growth long before it reaches that level, because there will always be a strong constituency to block projects.

Why does this matter to the rest of America? Because San Francisco’s case is simply a more extreme version of what’s happening in other cities. New housing construction hasn’t kept up with population growth for quite some time. Bill McBride finds that the number of apartment building completions today is still below the yearly pace of construction in the decade before the recent recession. And permitting is not just low in San Francisco, but across most of America’s tech hubs.

Renters in other parts of the country, according to Zillow, are “spending more of their income on rent than they have at any point in the past 30 years.” They’re spending roughly 40% of their income or more on housing. That leaves little space for the other necessities of life, let alone for saving up or paying off debts.

Housing costs are soaking up so much capital that the normal spillover effects from growth in one sector (such as tech) to another are dampened, and thus growth slows across the economy. As Cutler finds, this has a devastating effect on job creation—and keep in mind that her example of San Francisco applies to many other cities:

UC Berkeley economist Enrico Moretti calculated that a single tech job typically produces five additional local-services jobs. But in San Francisco, that spillover effect is much smaller. This is in no small part because so much of our incomes end up going toward housing costs. The city’s economist Ted Egan estimates that each San Francisco tech job likely creates somewhere slightly north of two extra jobs, not five.

The easiest solution is to just build more, full stop. Matt Yglesias is right to say that “when you increase the number of [housing] units—even if the new units are very expensive—you’re making some kind of progress.” More construction will at the very least help prevent housing prices from rising further. Some cities, such as San Francisco and New York, will always suffer from high prices due to basic geographic constraints. But in the rest of the country, the result would range from “less bad” to “great” as the bonds are loosened on growth and development.

Creating jobs should mean creating housing for those with jobs. The basic idea should be to allow people the space to flourish, instead of tying down their capital or forcing them to flee.

Encouraging development does not mean bulldozing beaches or blowing up parks. It also needn't be pitted against the process of creating space for civic life. Preserving what’s good in a city is not a zero-sum game. What’s good for flourishing in the economic sphere can align with what’s good in the social sphere.

There are always parts of a community that believe in having places for people to live and spaces for companies to grow. More often than not, these constituencies need to become better organized, more committed, and focused on seeking alliances. Cutler sees local companies playing a role in uniting neighborhoods in backing growth on behalf of the middle-class.

Why do city dwellers put up with the high prices and cramped places? Because America’s cities offer unparalleled opportunity and amenities. Cutler points out that San Francisco and San Jose lead the country in upward mobility. And let’s be honest: the Bay Area is blessed with beautiful weather, cool neighborhoods, and great food—not to mention lots and lots of smart, talented people. Many other cities can make similar claims.

We should be doing everything we can to grow America’s cities.