U.S. Chamber of Commerce Foundation / Amway President Speaks on the 'Value' From Entrepreneurship

Amway President Speaks on the 'Value' From Entrepreneurship 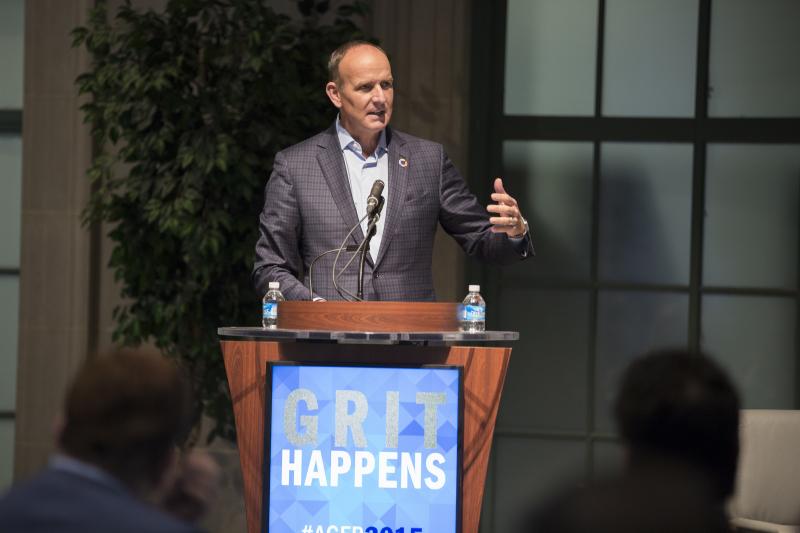 Tweet Facebook
Doug DeVos sits down for a Q&A about Free Enterprise after the release of the 2015 Global Entrepreneurship Report.

On Nov. 18, Amway released its 2015 Global Entrepreneurship Report, which offers a glimpse at the attitudes regarding self-employment around the world.

This is a transcript of the interview. Some answers are edited for length and clarity.

There was one thing that struck me from the introduction to the report, which is that you write “entrepreneurs bring a lot of value to those around them.” I wonder if you could expound on what that means.

DeVos: I’ll give you a quick example, which is that it brings jobs. Anyone who starts something and has a business at some point will need an employee or two. And they are going to provide economic opportunity for somebody else. People earn income, they use that income in their community to buy goods and services for themselves, they pay their taxes, they send their kids to school and their kids grow up in a stable environment, and so the cycle goes. That’s the Free Enterprise story, and why our system has developed the most prosperity and the most good that the world has ever seen.

Anyone who starts something and has a business at some point will need an employee or two. And they are going to provide economic opportunity for somebody else.

In the report, 62% of survey respondents said they agree with the idea that entrepreneurs want to help people. Is this an underappreciated aspect of entrepreneurship?

DeVos: I think that’s a great insight, and why the report is so important, to go through that. I heard [Virgin CEO] Richard Branson say at an event in Grand Rapids, that in its essence, every business is a social good. Or else it’s not going to stay in business. It’s bringing a product to the market that the market wants and is willing to pay for.

I was at a conference recently where someone said “anything that was invented before you were born, you don’t see as innovation.” Eyeglasses, for instance. I don’t see that as innovation, but a long time ago that was a big deal, you know? So it’s the simple things…these are things that have made our life better.

The report notes that “self-fulfillment” is a major part of the motivation for entrepreneurs. Could you expound on this notion?

DeVos: I think it has to start with a more altruistic perspective. You could just say, “I’m just going to make money.” Well, that’s not a cause. It’s an interest. And there’s nothing bad about making money, it’s not wrong. But how many people are going to be excited about buying your product if that’s all you care about? You have to tell them that you are going to help them, and help them address some need that they have. I see the self-fulfillment part coming in as “this is what I was meant to do. I see this opportunity so clearly that I’ve got to solve this problem and be part of the solution.”

There’s nothing bad about making money, it’s not wrong. But how many people are going to be excited about buying your product if that’s all you care about? You have to tell them that you are going to help them, and help them address some need that they have.

What are some of the bigger societal problems that could be and perhaps even should be addressed through entrepreneurship?

DeVos: I hope this doesn’t come across as overly simplistic, but I think the Free Enterprise system has changed the world in that prosperity has allowed people to think beyond the basic hierarchy of needs. So now that I know what I am going to eat tomorrow, where I am going to stay and how I am going to put clothes on my body, I can start thinking about my kids, and my neighbor, and the future. I can think about things like education, and healthcare, and law and order, and social responsibilities. I can think about those who are less fortunate. You have the time to help others be all that they can be. It’s the connection to freedom. And from an economic standpoint it cuts to every social good.

My dad’s line was, “How do you become a good philanthropist? Have a good business.”

The report notes that about two-thirds of people in the United States see the country as entrepreneur-friendly. I guess you could look at that as a positive thing, but also that there is work to do. What is preventing the U.S. from being at 100% in this area?

DeVos: I think that a lot of our leaders are seeing something bad in success and they communicate that. They pick out an example of greed and are portraying it as normal and they pick out these monsters. And it’s hurt. Business is being portrayed as all big business, and all concentrated in big commercial centers and it’s all led by greedy CEOs. Well, look around your world. Look at your community and what businesses have done around the country. You don’t hear our political leaders talking about that right now, and I think it’s dangerous.

Part of the reason we did this study was to give people ammunition to say, “talk about this. This is important for your future, your community, your nation.” I would love more people to ask the question, “how come a third of the people don’t view the country as supportive of entrepreneurs? This is America, for Pete’s sake.”

That brings me to my next question, which is that 57% percent of respondents from the U.S. see entrepreneurship as a desirable career opportunity. So that means 43% don’t. Why do you think this is?

DeVos: A lot of it comes back to the fear of failure, and there are fears of ‘how do I get the capital, how do I do this?’” And also ‘who’s going to help me and be a mentor to me?’” Those questions and those fears hold people back. If we as a society or a culture can find ways to get money back to our community banks…get the capital market working so we don’t see banks as the villains but as the gateway to be successful. We need to get rid of some regulations so that we can have a bank saying ‘look, I’ve watched what you’re doing, and I know you want to expand and I want to be there with you.’”

A lot of our national discussion is about security, and the America of the past, and how we’re all getting older and we all need to just hang on. Well, the heck with that. Who wants to do that? It’s like watching a team play prevent defense when they have a two-point lead. No, America is about the future. America is about the next generation and always has been. We’ve got to make sure we advocate that, and are passionate about that. We should be appalled that only 57% of people see the entrepreneurial experience as the way to focus their future.

A lot of our national discussion is about security, and the America of the past, and how we’re all getting older and we all need to just hang on. Well, the heck with that. Who wants to do that? It’s like watching a team play prevent defense when they have a two-point lead.

So how do you see entrepreneurship evolving over the next decade and beyond?

The changes in the future are only positive for entrepreneurs because of technology. The power and individual has…how many ways can you raise capital through the Internet, and through technology, to find people who will support your idea. Social media, social networking…it opens a whole new door, and it’s not the last one. Technology is going to continue to add opportunity. But it does not take away from traditional opportunity. You’re still going to need a restaurant; you’re still going to need a pizza joint, right? You’re going to need chairs to sit in, tables to work on, and farms to be farmed. But you can enhance opportunities to make productivity even better.