U.S. Chamber of Commerce Foundation / Bringing Business to the Table for Early Childhood Education in Nebraska
Center for Education and Workforce
December 23, 2020

Bringing Business to the Table for Early Childhood Education in Nebraska 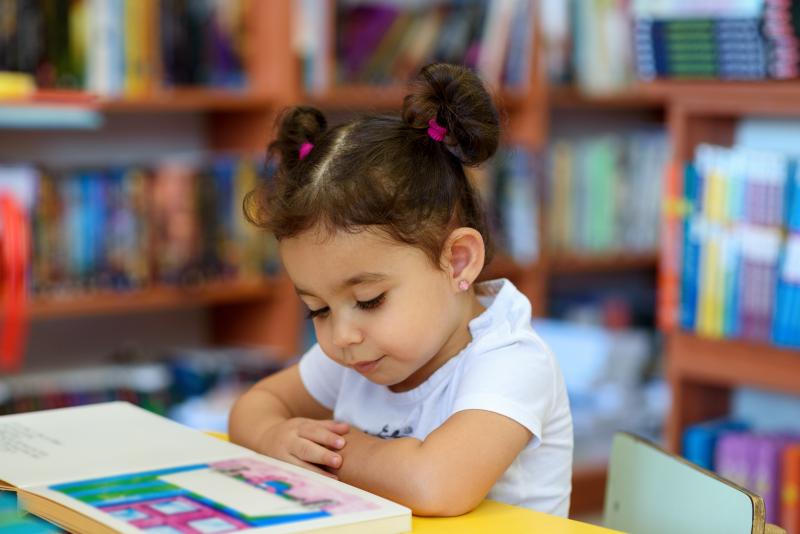 Quality early childhood education and care can help solve a two-generation workforce challenge. It empowers parents to be productive in their careers, while ensuring our youngest children develop the cognitive and social skills they will need to thrive as productive adults. Childcare is especially critical as we rebuild and strengthen our economy from the devastation of COVID-19. First Five Nebraska (FFN), a non-partisan early childhood organization, is working to improve quality early childhood infrastructure in Nebraska through research, policy, and public-private sector engagement.

Before the pandemic, about 75 percent of Nebraska children under the age of five had all available parents in the workforce. Despite the need for childcare, 91 percent of Nebraska counties did not have enough programs to meet demand. Eleven counties did not have a single licensed provider. The pandemic forced temporary or permanent closures of many childcare businesses, and its full impact remains to be seen.

A lack of access to early childhood programs directly impacts Nebraska’s workforce and economic growth. Earlier this year, FFN partnered with the University of Nebraska – Lincoln Bureau of Business Research to calculate the extent of those economic impacts. The result was the creation of “The Bottom Line,” a research study to determine the pre-COVID economic fallout of childcare gaps in Nebraska. The study found:

Addressing these challenges will require collaborations involving business, industry and other private sector leaders and resources. While the U.S. Chamber of Commerce Foundation is leading national efforts to educate and engage business leaders on early childhood education, FFN has shaped the conversation in Nebraska for nearly a decade, beginning with the creation of the Nebraska Early Child Business Roundtable in 2011.

FFN regularly presents on early childhood topics to policymakers, civic groups, business leaders, employers, childcare providers and other stakeholders. In October 2020, we partnered with Nobel laureate economist Dr. James Heckman, of the University of Chicago to co-host “The Dual Return on Investing in Quality Early Childhood Programs.” Geared largely toward business and economic development leaders, the webinar highlighted how strategic investments in childcare bolster social and economic growth for individuals, families, and society.

FFN’s business engagement efforts have led to strong ties with the statewide Nebraska Chamber of Commerce & Industry, which identified early care and learning as a key strategy for economic growth, particularly in the wake of COVID-19. FFN also collaborated with the Greater Omaha Chamber of Commerce on the production of an online childcare toolkit for businesses that went live in early fall.  Similarly, FFN contributed a new section on early education for the Nebraska Department of Economic Development’s workforce attraction website, “The Good Life is Calling.”

In July of this year, First Five Nebraska launched “My Nebraska Story,” a public awareness campaign to encourage employers, economic developers, policymakers and others to take a more active role in developing local early childhood infrastructure. The campaign offers a library of videos and social media assets, as well as downloadable resource guides to advance the statewide conversation about strengthening workforce and economic development through quality child care.

Resources and Support during COVID-19

When COVID-19 exposed the fragility of our childcare infrastructure, First Five Nebraska responded by strengthening our efforts to engage and educate policymakers at the state and federal levels. FFN outlined policy recommendations for state and federal government officials to support early childhood programs during the pandemic and provided guidance to state of Nebraska administrators around childcare subsidies and program guidelines. Our organization also began publishing daily briefings for early childhood professionals and allied advocates on directed health measures, government relief programs and local grants to help childcare programs stay operational. In fall 2020, FFN provided key testimony to a Nebraska Legislature committee studying the fiscal and economic impact of the pandemic on the early childhood landscape.

This series is relevant to the business community, early childhood system leaders, childcare professionals and families. We hope that the business practice ideas and examples shared in this series encourages partnerships to ensure a robust childcare system that works for everyone.

**Note: This post is the third in a series of business investments in early childhood education before, during, and post-COVID-19 pandemic. Please read the first and second posts in this series.