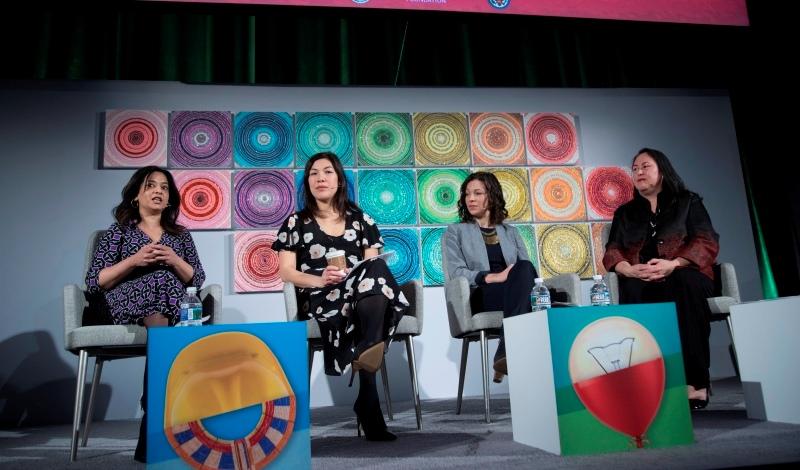 While that’s not an exhaustive list, the new girls club is still small in comparison to the good old boys club. As of May 2018, Pitch Book reports that the total number of venture capital (VC) funded unicorns with at least one female co-founder was just under 12% (16 out of 134).

So why aren’t more women running the most profitable enterprises in the U.S.? It isn’t due to a lack of female-owned companies or a lack of talent. According to the National Association of Women Business Owners, there were 11.6 million female-owned companies in the U.S. as of 2017. And as for talent, women now outnumber men at universities–and it is a trend that is accelerating year over year. Recent studies have revealed that young women are 36% more likely to apply to college than their male peers, which is a record high.

More answers to this question can be found in the 2017 report “Tackling the Gender Gap: What Women Entrepreneurs Need to Thrive” by Senator Jeanne Shaheen, ranking member of the U.S. Senate Committee on Small Business & Entrepreneurship. The report identifies at least three challenges facing women entrepreneurs: lack of role models and mentors; the gender pay gap; and unequal access to financial capital. Addressing these challenges would close a major income and wealth gap for women in the United States and increase the number of female entrepreneurs running unicorn companies.

Thankfully, an increasing awareness around these challenges has created a momentum whereby some companies are stepping in to drive change through their corporate social responsibility programs. Project Entrepreneur (PE) is one such program. Launched by Rent the Runway Foundation, in partnership with UBS, the initiative is on a mission to increase the number of women building high-growth, economically impactful companies. Last year, I was selected along with 200 other female-funders to participate in the 2018 PE Intensive Workshop in New York City and join a nation-wide network of 600 female founders building high-growth companies.

The experience was exceptional. I had opened my new social enterprise, Aurore, only several months before getting the PE offer. Aurore is a premium, clean skincare company with a social mission to combat modern-slavery. I was so flattered and felt validated to be selected by such a reputable and ambition program. The boost of confidence was immediate and it stimulated bigger goals and higher aspirations for Aurore’s future.

I grew up in a small town in southern Switzerland and had few role models or mentors–it just wasn’t the culture. The PE Program infused me with tremendous inspiration and encouragement. Interacting with incredible women entrepreneurs who are courageously building the companies of tomorrow in the face of enormous challenges was exhilarating. Several of the women entrepreneurs I was introduced to were women I have looked up to for years. These women have used their thought leadership and abilities to build successful companies—such as Jennifer Hyman, Co-Founder and CEO of Rent the Runway and one of the masterminds behind Project Entrepreneur.

It was uplifting to hear the entrepreneurial journeys of some of the 200 female founders in the room and I realize that we shared similar struggles, insecurities, and needs. We took note of each other’s common mistakes with the intention to avoid them in the future—saving us precious time and resources. Similarly, it was a truly fulfilling and bonding experience to share my own experience to support other women entrepreneurs going through similar experiences.

The workshop materials provided by investors, seasoned entrepreneurs and industry leaders were incredibly useful and practical in nature, most of which I implemented after the event, acquiring added value for Aurore. The workshop provided all of us with access to the tools and knowledge necessary to build impactful companies and made us aware of the resources and networks we need to thrive. For me, it was particularly valuable to learn the fundamentals of becoming investor-ready from pitch content and delivery, to investors terminology and important key performance indicators (KPIs) to measure success.

Entrepreneurship can be a lonely journey. That’s why being part of programs like PE is a game-changer for entrepreneurs like myself who need to build networks and meet experts I can reach out to. By the end of the event, I was blown away by the sisterhood formed in such a short period of time and the genuine desire to help advance one another. It was empowering and inspiring. The unity of the class was palpable and is still alive today as we continue to reach out to each other for guidance and support. I returned home inspired, recharged, and ready to make the next bold move.

This past March, I attended the event for the second year in a row, thanks to the Foundation scholarship program, and formed significant connections. The contacts I made as a result of this event in the past couple of years have been beneficial for Aurore. For example, last year I was invited to attend a gala event in NYC to spread awareness about modern-day slavery. There I met more like-minded people who are also passionate about eradicating modern-day slavery. As one thing led to another, two of the honorees of the gala, who were being recognized for their incredible anti-slavery work internationally, recently joined my company’s product sample committee and are among the first women to try Aurore first product line. They sampled the Rejuvenating skincare line D’Angkor and provided us invaluable feedback as we concluded the R&D phase of the product. Reflecting back, if it wasn’t for the International Women’s Day Forum and the Foundation scholarship program, these opportunities and connections would not have been realized!

Corporations and foundations can be force-multipliers for women entrepreneurs. They have the power to increase the number of women entrepreneurs running high-growth, economically impactful companies and the speed by which they do so by offering opportunities through corporate social responsibility programs, events, partnerships, and funding. Supporting women entrepreneurs can have a dramatic impact on closing the wide income and wealth gap for women in the United States. If we can close these gaps, we will unlock untapped business innovation for the country and advance economic growth for all.