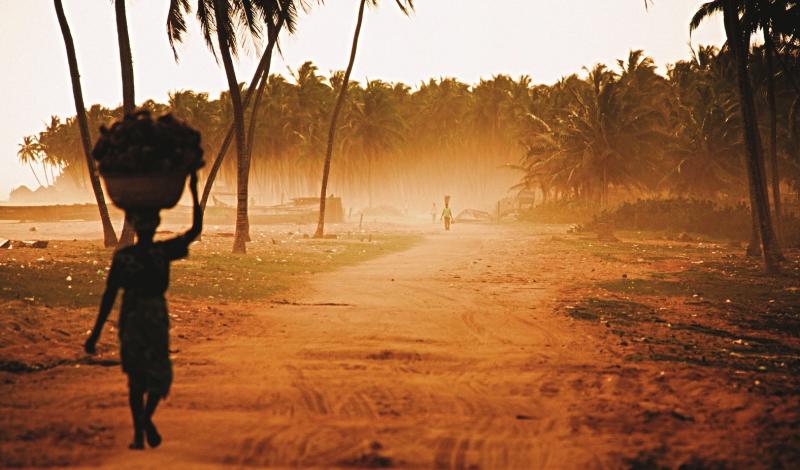 Ebola has reached the United States. On Tuesday, the Center for Disease Control (CDC) announced that a patient at a Dallas hospital was tested and diagnosed with the deadly virus currently growing at exponential rates in West Africa. Perhaps more disturbing than this single case of Ebola in the United States are reports from the CDC that the Ebola outbreak in Africa could infect as many as 1.4 million people by January 2015.

The U.S. Chamber of Commerce Foundation is following the Ebola outbreak closely, both through its Corporate Citizenship Center and Data-Driven Innovation project.

The Corporate Citizenship Center last week held a conference call to get an update on the outbreak and to discuss how American corporations can help. The call featured experts from the Center for Disease Control, United Nations and other groups responding to the crisis in Africa. (A full audio recording of that call is available here.)

To date, businesses have pledged $5.8 million in cash and additional in-kind contributions, according to a Corporate Aid Tracker maintained by the Corporate Citizenship Center.

World leaders are right in saying that it will take an international effort to pull the outbreak under control and find ways to help those who have been infected. While multi-pronged in its approach, however, the common denominator across all of the global responses is data.

Estimates on the number of infected; research into how treatments affect the virus at the genetic level; economic consequences now and in the future—all of this and more is informed and driven by data. Today, the outlook is bleak, but it is always darkest before the dawn. Looking ahead, as a data-driven response to the outbreak progresses, saving lives and ultimately stopping the virus’ spread, there will be yet more evidence that data (lots of it) is a force for good.

The U.S. Chamber of Commerce Foundation has explored the connection between data and Ebola, as part of its Data-Driven Innovation project.

Of course, healthcare and emergency response has always relied on data. During the outbreak of the bubonic plague in Venice in the 1300s, doctors were beginning to suspect that illnesses were not just the product of witchcraft or the curse of a displeased deity. Even as doctors at the time had only a rudimentary understanding of medicine and zero knowledge of microbiology, their efforts were data-driven (i.e., a plague sufferer seemed to make those around them sick, and separating them seemed to limit the number of people who became sick). In this data, some doctors saw a pattern, an indication that they could actually do something to stop the infection, including the first use of quarantine.

Today, unlike the stumbling-in-the-dark medical approaches of the 1300s, our data is bigger, better, and more nuanced. We have billons of data points, advanced storage, and ever-growing computing power, all of which inform the tactics doctors and healthcare workers use to address infectious diseases. It is not just about responding to an outbreak; Big Data can be used to anticipate outbreaks. Take the example of HealthMap, a data analytics project that monitored the growth of the Ebola outbreak and whose data initially even outpaced the World Health Organization in tracking the virus’ spread.

These uses of data evidence what is meant by the idea of “data for good.” Data allows us to better understand the world’s longstanding challenges, and more importantly, it is rapidly advancing our capacity to do something about them.

Across all industries and economies, the potential in Big Data is enormous, and as such, it demands an ongoing discussion on how best to engage and encourage the data-driven future. To support this, the U.S. Chamber of Commerce Foundation has been engaged in its Data-Driven Innovation Project, exploring the myriad ways data is being used to make stunning advances in every industry and across every sector of the economy.

As a part of this initiative, the Foundation has brought together some of the world’s leading Big Data thinkers to investigate the ways in which data is impacting national competitiveness, innovation, the economy and much more. Their work has yielded a robust collection of research and analysis (available on the Foundation website), as well as a forthcoming report on data-driven innovation. The report will be released in conjunction with the Foundation’s Summit on the Future of Data-Driven Innovation, to be held on October 7 at the U.S. Chamber of Commerce. Be sure to register to attend for this important event, and check out the Foundation’s research for myriad examples of how data is changing everything for the better.