U.S. Chamber of Commerce Foundation / The Complexity of a Bleak Job Market: An Impending Graduate’s Dilemma

The Complexity of a Bleak Job Market: An Impending Graduate’s Dilemma 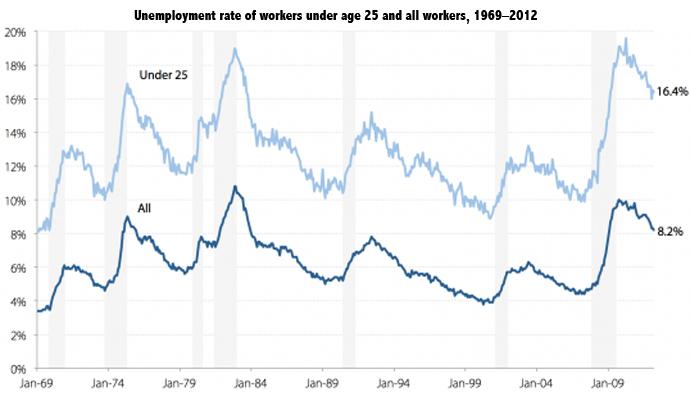 When I mention to people my plans to graduate in January 2013, they tend to ask me, “Why are you graduating early? What’s the rush?” The rush stems from the simple economic notion that I no longer have to pay my college tuition if I am no longer in college.

These questions make sense, though. Is there really a rush? According to the Economic Policy Institute, 28.5% of recent college graduates ages 21–24 are underemployed (working a job that does not require an undergraduate degree) or unemployed, compared to the national rate of 15.9%.

The rather complex decision I have to make here stems from our country’s economic situation. On the one hand, the high unemployment rate provides an incentive for me to stay in school and pursue a higher degree. This extra education will allegedly provide me with more skills to set myself apart from everyone else applying for the same jobs. On the other hand, nobody wants to pay colossal tuition bills for degrees that may do little more than make them look good on paper. So do you take on more debt, or do you slowly chip away at it by working a job for which you are likely overqualified?

As for me, I am personally choosing to enter the job market. With 71.5% of those my age employed, I think my odds are still good. For such a well-educated and ambitious generation, however, these choices are a bitter reality. Given that the number of graduates looking for jobs outnumbers the number of open jobs, applicants are going to have to prepare themselves for accepting a lower salary offer than they might have expected.

What’s the rush? I would like to go to graduate school eventually, but until then I have loans to pay off and a life to begin. This is a personal decision, and I do urge recent graduates to pursue a higher degree if they are not ready or willing to face such an abject job market. Both sides of the decision to stay in or away from school are economically justified.  Neither of these are easy roads to take.