U.S. Chamber of Commerce Foundation / The Economic Impact of Good Schools
Center for Education and Workforce
May 3, 2016

The Economic Impact of Good Schools 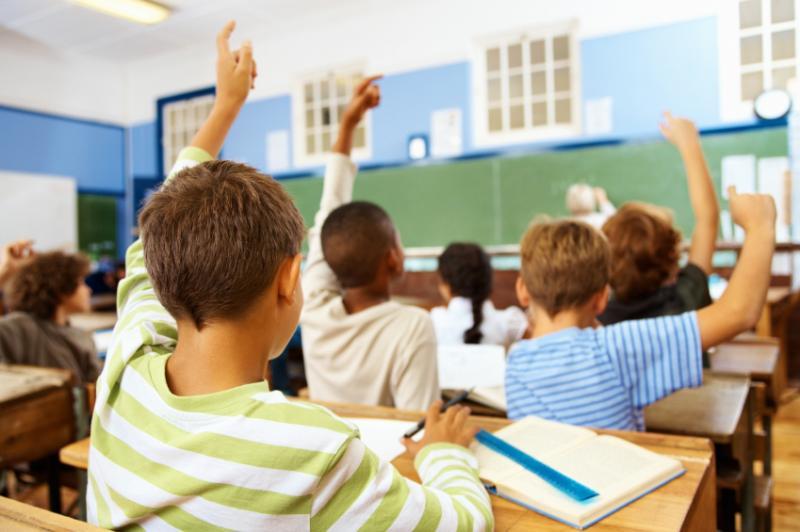 Tweet Facebook
Economic impact of all states pulling their schools up to MN's level would result in $76 trillion to the economy.

Education policy in the U.S. is in transition. For the past 15 years, federal policy epitomized by the No Child Left Behind accountability laws drove much of the discussion. But in December 2015 the new federal law (Every Student Succeeds Act, or ESSA) ushered in a new era of state-centered policies. The policy directions of states will have a great impact on the future of each state’s economic development. And here the business community can significantly affect the future, essentially by promoting its own self-interest.

This federal policy change offers the possibility of real economic gains for states that use their new latitude to break away from past constraints. But the opposite is also the case. States that fall prey to temptations for reduced pressure on school performance will find themselves falling behind economically.

Recent research by Jens Ruhose, Ludger Woessmann, and me shows clearly that the economic growth of a state is directly related to the skills of its workforce. And the skills of the workforce are heavily dependent on the state’s schools. Even with the considerable mobility of the U.S. population, the majority of students will continue to reside in the state where they were educated.

The economic growth of a state is directly related to the skills of its workforce. And the skills of the workforce are heavily dependent on the state’s schools.

The economic impact of schools has not previously been well measured. Largely based on the higher earnings of those with more years of schooling, it is common for most people to argue that school is important. But such arguments bare little relationship to important policy debates that revolve around the quality of schools. Perhaps the easiest way to see this is to realize that, according to measured learning, a 12th grader in Mississippi is equal to a 9th grader in Massachusetts.

Understanding the economic impact of school quality requires matching the quality of schools attended to each state’s workers and then seeing how economic growth is affected by worker quality. As is obvious, workers in all states to varying degrees are educated in other states and other countries. Once this is taken into account, the clear impact of school quality stands out. This historical growth relationship can be used to project what states have to gain from school improvement.

Consider first the impact of all states pulling their schools up to the performance of those in the highest-achieving state, which over the past two decades has been Minnesota. The gain to each state depends on how far each state currently falls behind Minnesota, but the aggregate impact if all states did this would be $76 trillion. On our $18 trillion economy, this amounts to some four times the current U.S. GDP. These calculations rely on projecting past growth over the life of somebody born today (80 years) and then calculating the current worth of the future economic gains. In other words, this is the present value of additions to the future economy of each state, where distant gains are weighted much less than current gains.

States of course differ widely, with Mississippi, Alabama, and Louisiana each gaining more than eight time their current GDP while states with achievement closer to Minnesota such as Wyoming and Connecticut would “only” gain twice their current GDP. Indeed, the achievement distance to Minnesota may take more than the 15 years assumed by these calculations, but even moving to the best state in the region would confer substantial economic results. For example, California may not be able to move its schools quickly enough to reach Minnesota standards, but moving to the level of Washington State would still mean some 4 ½ times GDP (instead of 7 times GDP).

The economic impact of all states pulling their schools up to the performance of those in Minnesota would result in $76 trillion boost to the economy.

These calculations assume that all states simultaneously improve their schools, so that workers coming into each state have higher achievement just like their own students who stay. But even if a state acts on its own, there is a huge rate of return to school improvement. It is reduced by whatever brain drain to other states occurs, but the historic migration patterns still show that school quality remains a very good investment.

And here is where the business community has a strong, perhaps decisive role in the future. School policy is always a struggle, because many people currently in the schools are not very interested in any significant changes. If improving quality means doing things differently, there are on-going pressures to keep the status quo. The future will depend at a large degree on how hard the business community pushes for school improvement – i.e., continued improvement in the skills of future workers.

Historically, business has tended to acquiesce to the arguments of the current school community. Instead of moving toward a natural position based on the observed outcomes of schools (the achievement of students), the business voice has more frequently shied away from changes in schools that are linked to outcomes.

If the politics of the new accountability laws play out in the direction of reducing the focus on student outcomes and not toward providing strong incentives for improvement, state economies – and the business community – will suffer.

Eric Hanushek is a senior fellow at the Hoover Institution of Stanford University. His article along with the economic gains for each state can be found here.