U.S. Chamber of Commerce Foundation / Existing Federal Mechanisms for Supporting Childcare Available to Parents, Employers, and Providers – A Review
Center for Education and Workforce
May 13, 2022

Teacher reading with kids on floor800.jpg 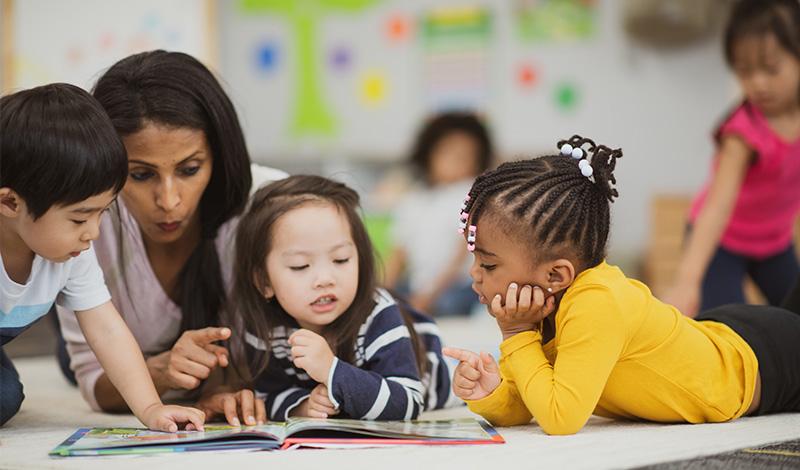 As a first-time father with a toddler, I’m constantly re-examining the way I do things now that there’s a good chance my words and behaviors will be mimicked. While my 19-month-old isn’t stringing together sentences yet, much less throwing around idioms, my increased examination of language has led to an interest in the origins of common phrases.

One that sticks out as an early childhood advocate, “Don’t throw the baby out with the bathwater.” This turn of phrase ostensibly serves as a warning against getting over-zealous in discarding the unwanted and inadvertently throwing out the valuable.

But also…what?! Was this a thing? How many times did this happen for it to become a common saying?

Turns out, the phrase is from 16th century German satirist Thomas Murner who penned Die Narrenbeschwörung  (The Appeal to Fools) with the intent to skewer society—but it could as easily be a commentary on our current struggles to address childcare.

Members of Congress in both parties are anxious to solve our present-day childcare crisis, which, while thankfully does not include babies being tossed out of a tub, is a dire situation. In this series of blog posts, I’ll look at different actions that are being taken to address the childcare conundrum at the state and community level, ways providers are making due, and steps employers have taken to support working parents. In this first installment, we’ll review some of the mechanisms that are currently in place to help address a layered and complex situation.

A non-exhaustive list of the largest federal investments in childcare:

Child Care and Development Block Grant (CCDBG).  The CCDBG is a federally-funded block grant to states to assist low-income families in attaining childcare for children under the age of 13. Federal law states that children are eligible for support if their family income is at or below 85 percent of the state median income. With vouchers from the block grants, low-income families can select a childcare provider of their choice, including religious providers. Unfortunately, CCDBG has been chronically underfunded, with the exception of significant pandemic-related support. As a result, a 2021 Government Accountability Office (GAO) report found that only between four and 18 percent of federally eligible children were receiving CCDBG subsidies.

The Child and Dependent Care Tax Credit (CDCTC). The CDCTC provides a nonrefundable tax credit ranging from 20 to 35 percent of eligible childcare costs; costs that are capped at $3,000 for one child and $6,000 for two or more children (this was temporarily increased $8,000 and $16,000 respectively, and made refundable as part of pandemic relief). This funding comes with significant flexibility and can be used for a care provider of parents’ choice. The permanent limits are only 1.5 times the 1976 values, considerably less than the rate of inflation or the growth in childcare costs. The credit is nonrefundable, which presents a challenge for low-income families who might not have income tax liability against which to claim the credit. And the credit is given in a lump sum once a year, which doesn't serve the immediate needs of cash-strapped families.

Employer-based childcare tax exclusion. Under this exclusion, employees can set aside $5,000 from their pre-tax salary for childcare expenses. Employers can choose whether or not to offer the exclusion. Higher-income families generally benefit more from the exclusion since the excluded income avoids both income and payroll taxes.

The Employer-Provided Child Care Credit. This tax credit is primarily for the construction or leasing of childcare facilities by employers. It provides a credit of up to 25 percent for an employer’s “qualified childcare facility expenditures,” plus 10 percent of the employer’s “qualified childcare resource and referral expenditures.” The credit is capped at $150,000, meaning employers would have to spend around $430,000 to receive the full credit. The take-up rate of the credit is relatively low, especially by small businesses, in part because employers must spend a significant amount to receive it.

Additionally, there are a variety of child-related supports that can be used to partially offset the cost of childcare and early childhood learning:

Child Tax Credit (CTC). The CTC is a tax credit of up to $2,000 per child under the age of 17 (temporarily increased to $3,600 per child under age 6 and $3,000 per child ages 7-16 from pandemic-related legislation). Presumably, this credit can be used to offset some of the costs of childcare, but mostly for middleclass families with tax liabilities. The Tax Policy Center found that families in the bottom quintile are the least likely to receive a credit, and when they do, it is smaller than that of higher income families because the credit is not fully refundable. It is also delivered once a year, limiting its effectiveness for low-income families.

Earned Income Tax Credit (EITC).  The EITC provides income-support to low-wage workers and is delivered at tax filing as a lump sum. The size of the EITC varies by size of the household, which means that families with children receive a larger payment, which could be used to offset childcare expenses.

Understanding existing programs can help us better target gaps in the system and identify where support is most needed. As we look to create a stronger, more holistic system that supports families and providers, policymakers should also re-examine established programs and identify ways they can be strengthened. From this list, the largest gaps in childcare support are for the working poor, who often don’t have the income liability to access nonrefundable credits and for whom low-wages make high-quality care out of reach.

There is a strong case to be made for targeted investments in early childhood care and education. A comprehensive, mixed-delivery system that meets the needs of children and working parents won’t be created through a single program or funded through a few tax credits, but it’s important to examine where we can add value to the existing foundation as we strive to make quality, affordable, accessible childcare a reality.

In the next volume of this series, I’ll look at actions states have taken to address their childcare gaps.

Learn more about specific policy recommendations on childcare from the U.S. Chamber of Commerce: Five immediate actions for lawmakers and employers to ease the childcare crisis

Thanks to Abby M. McClosky for contributing to this post.

Early Childhood and Business Advisory Council Established to Bridge Childcare Gaps
States Take the Lead on Childcare Innovation
Childcare Providers—Especially Women of Color—Need Our Support. Here's How We Can Help.