U.S. Chamber of Commerce Foundation / How the Millennial Generation is Redefining Parental Roles and What it Means for Our Economy
General Foundation
December 4, 2012 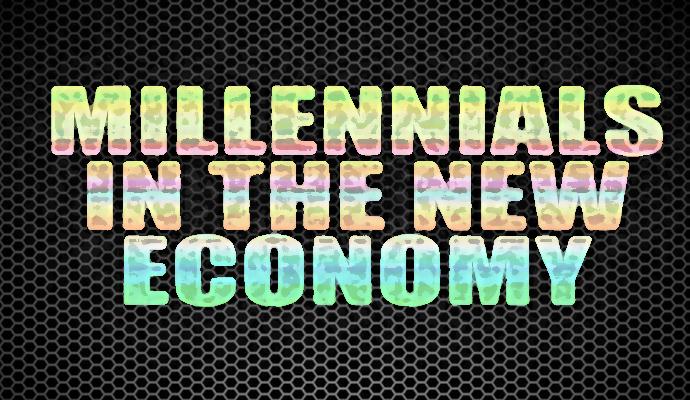 As one of the National Chamber Foundation Fellows, I have had the firsthand opportunity to dig into a recent report they released on Millennials at the end of November. Many of the findings brought a quantitative legitimacy to what I have been experiencing anecdotally as a Millennial (born in 1982), which means I am not alone. In the next three posts, I will be highlighting a key finding from the report, exploring the potential impact and adding a little of my own color based on my lived experience. Up first is perhaps the single most relevant thing for me as a professional woman entering my childrearing years. Again, I know I am not alone.

The number of stay-at-home fathers in the United States has tripled in the past 10 years.

The data: According to the 2010 Census, there are 154,000 stay-at-home dads. What’s more, if the definition is broadened to include dads who work part time while remaining the primary caregivers, this number could be in the millions. Something to consider: it is possible that not all dads who are staying at home are doing so by choice. The recession disproportionately hit men with more layoffs, which means we will have to wait for post-recovery numbers before we can conclude what percentage of this trend is a choice of a generation versus a necessity of a generation. And yet, either way, it is a reality of this generation. And things will never be the same.

The potential impact: As a society, when we make it widely acceptable for dads to stay at home we send two strong signals: first, it says to dads who want to be more present during their child’s younger years that it is okay to do so and second, it says to moms who might want to return to their careers and share the responsibility of childcare with their husbands more than previous generations did that it is also okay to do so. With more flexibility can come more choices and, generally, with more choices people will optimize for what’s best for their family. And when people are doing what’s best for their families they are, generally, happier and more productive members of society. And as roles at home change, they change in the workplace, and vice versa. Policies, perspectives, and approaches will continue to shift to adapt.

My experience: Last week, my mom and I had dinner with one of my colleagues and his wife and 19-month old. We had dinner the next night with my second cousin, her husband and their 9-month old. My mom, a Baby Boomer, commented on how great it was to see such an equal sharing of the childcare responsibilities between the husbands and wives at both dinner. She said that “back in her day” the wives were expected to handle the children during a dinner party. That was not the case with these Millennial (or very young Gen-X) parents. There was a sense of willingness to share in the duties, and I’d even go as far to say a desire to get in on the parenting action by the dads.

One final point to consider: while this “dad data” and the report’s full findings are noteworthy and informative, perhaps equally exciting to me after poring over the report is that one of the oldest and most influential business organizations in the country is making a concerted effort to understand my generation. Having just celebrated its centennial, the Chamber is squarely in the GI Generation (born between 1901 and 1924) and having just put out this report officially makes them one of the most “with it” Centenarian’s I know. Bravo.

As with any difference—be it generational, economic, educational, religious, racial, cultural, or otherwise—conducting one’s own research, reading available and accurate studies, participating in open, two-way dialogues and exercising compassion are all steps on the path to truly understanding and appreciating others. When I was named an NCF Fellow, I was given a microphone to share my distinctly Millennial experience with the business community. I am a grateful and willing interpreter and spokesperson. We walk together on the path of understanding into 2013. Join us!

For more Millennial musings from Leslie, watch for her next two blog posts that explore the Millennial Report further and check out her essay Millennials In 2042: What They Will Be, available now in the National Chamber Foundation’s Fall Business Horizon Quarterly magazine.

05/20/14
Millennials: Better With Money Than You Think
Melissa Edwards