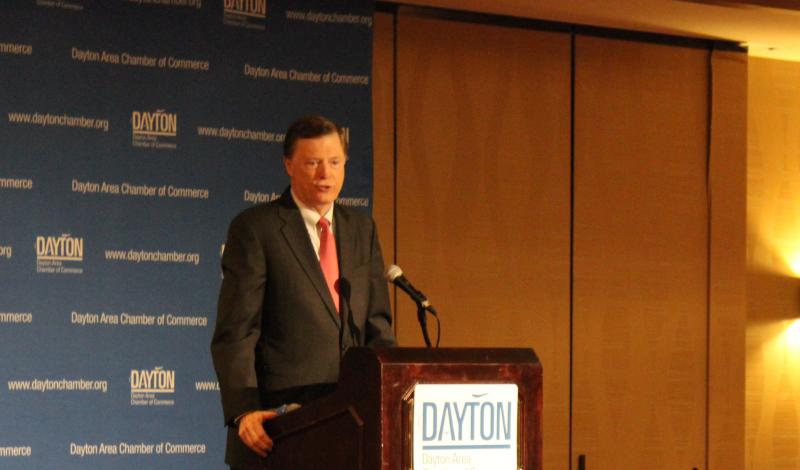 U.S. Chamber of Commerce Foundation President John R. McKernan made the business case for the Common Core State Standards Wednesday during a meeting of business leaders in Ohio.

Speaking to members of the Dayton Area Chamber of Commerce, McKernan said higher standards are a crucial to ensuring an educated and skilled workforce  needed for the jobs of the 21st century.

“We need a steady pipeline of talent,” McKernan said. “That means as one generation of American workers winds down their careers, the next one is ready to go. And we need our public K-12 education system to be the strong foundation upon which all of this is built.”

Support for Common Core has been a priority of the U.S. Chamber of Commerce Foundation and its Center for Education and Workforce. The standards are designed to provide a foundation for what students should know at each grade level, regardless of where they live or their economic circumstances.

“We must proactively make the case for why we must raise the standards in our schools,” McKernan said. “It’s important for our economic strength at the national and state levels, our competitive standing in the world, and for the continued success of our students.”

McKernan noted the disconnect between the number of jobs open in America and the number of unemployed people. Recent figures from the Department of Labor reported 4.8 million jobs unfilled, yet nearly 10 million unemployed.

“The skills gap is putting great distance between unemployed or under-qualified Americans and many of the stable, high-paying jobs in the fastest growing industries,” he said.

McKernan encouraged the business leaders in the room to remain engaged even as these issues become contentious, “Business is the largest single consumer of the education system. We can’t afford to be passive consumers. It’s important for us in the business community to not only engage in the debate, but to help lead it.”

Ohio adopted the standards which are aligned to college and career in 2010 and fully implemented them during the 2013-14 school year. The business community, led by the state and local chambers of commerce in Ohio, has been a leading advocate and vocal supporter for staying the course on implementation of the standards as well as aligned assessments to ensure students are meeting these higher expectations.

For a complete picture of k-12 educational effectiveness in Ohio, visit leadersandlaggards.org to view the recently released report of the U.S. Chamber of Commerce Foundation, Leaders & Laggards.