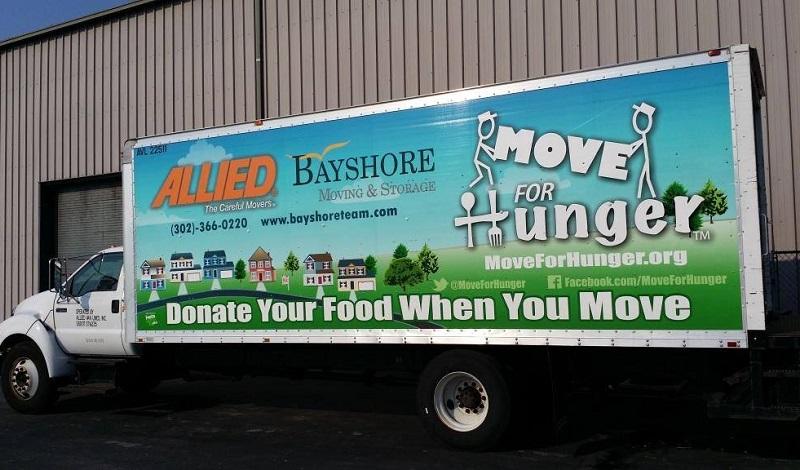 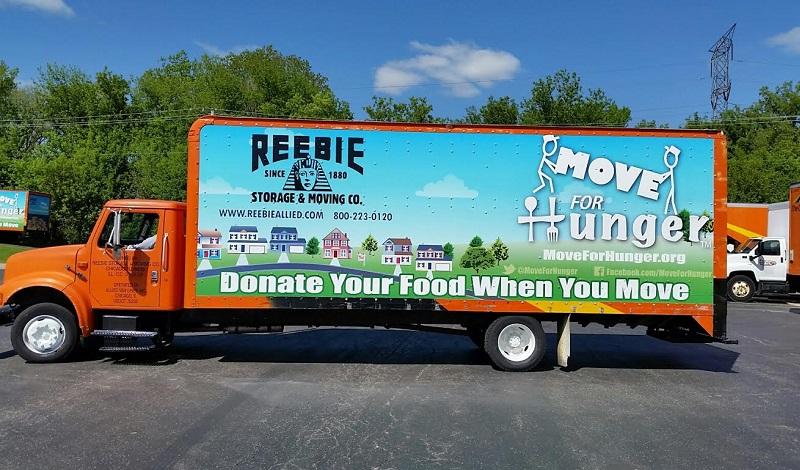 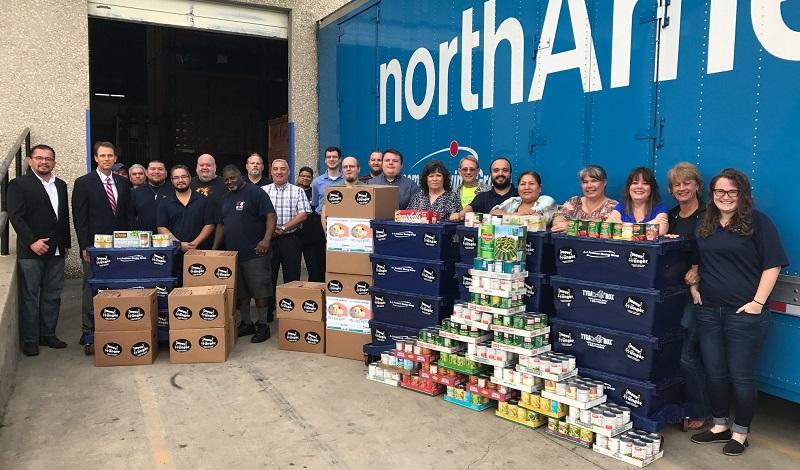 Moving is, without question, one of life’s most stressful events. There are so many decisions to make, including what to take, and what to get rid of. In between those hectic hours of packing, cleaning, and figuring out whether or not that sofa is going to fit through the door, most people don’t have the time to consider what they are going to do with all the non-perishable food they have stocked up on over the years. Too often, those cans of soup or boxes of pasta are simply thrown in the trash or left in the cupboards. I know, because I saw it firsthand.

My family has owned a moving company in New Jersey for nearly 100 years, and it always bothered us to see perfectly good food going to waste. So I started asking our customers if they had any food they’d like to donate to our local food bank. In just one month, we had rescued more than 300 lbs. of food, and I began to wonder, “How much food could a national network of moving companies save?” So, in August of 2009, I founded Move For Hunger, a non-profit organization that has created a sustainable way to reduce food waste and fight hunger.

From One Moving Company to an Entire Industry

What began with one company has expanded to an entire industry. Once the nation’s leading van lines, Allied & North American, committed their support, things really began to take off. Today, more than 1,000 professional moving companies from across the United States and Canada have joined Move For Hunger and are encouraging their clients to donate their food when they move. And movers from Allied & North American Van Lines have collected enough food over the years to provide nearly four million meals to individuals in need.

Move For Hunger has also expanded to the multi-family apartment space and more than 1,500 properties (300,000 units) are now accepting donations from their residents when they move out. Additionally, many of the world’s leading relocation management companies, like SIRVA Worldwide Relocation, have integrated Move For Hunger’s model into their employee relocation policies.

Why is what we do important? Because 40 million Americans are food insecure, which means that they don’t always have reliable access to enough nutritious food. Meanwhile, 40% of the food in the United States is wasted every year. If we had rescued just one pound of food from each of the 32 million Americans who moved in 2018, we could have provided 29 million meals to people facing hunger.

Doing Good is Good For Business

It’s no secret that an overwhelming majority of consumers have a more positive image of, are more loyal to, and are willing to pay more to hire a company that is socially responsible. There is no shortage of employee giving programs out there, but what helped Move For Hunger really take off is that we have created a way for our industry to seamlessly integrate charitable giving into their day-to-day operations. And everyone benefits.

For the customers, we are relieving the guilt they would feel about wasting food and making it easy for them to donate it instead. The employees appreciate the opportunity to make those deliveries to the local food bank or pantry. And, because it’s something that can be done every single day, the participating companies are building a connection with their community that will last for years to come. It’s a win-win-win.

A Simple Solution Becomes So Much More

Move For Hunger has collected more than 16.6 million pounds of food over the last 10+ years. Our network has provided 13.7 million meals for families who are struggling with food insecurity. There is still, however, so much work to be done. While our primary goal is to eliminate food waste from the relocation process, we also know that we have the potential to expand the scope of our program.

Transportation is a significant and sometime prohibitive expense for food banks. Our unique partnership with the relocation industry provides us with access to trucks and drivers nationwide, which allows us to alleviate some of that burden from the food banks so that they can focus their attention on other areas.

How are we doing that? Well, for starters, Move For Hunger has organized thousands of food drives, in small towns and big cities, over the past decade. We routinely rescue leftover food/drinks from big events, like marathons. Members of our network have volunteered to deliver truckloads of food, water, and other supplies to help victims of hurricanes and other natural disasters. And, going forward, we hope to find a way to incorporate refrigerated trucks into our fleet, so that we can help food banks receive more of the fresh produce, meat, and dairy products that they so desperately need.

To learn more about how you can reduce food waste and fight hunger in your community, visit MoveForHunger.org.
Community Improvement