U.S. Chamber of Commerce Foundation / The New Newark: A City Rejuvenated by Education and Entrepreneurship

The New Newark: A City Rejuvenated by Education and Entrepreneurship 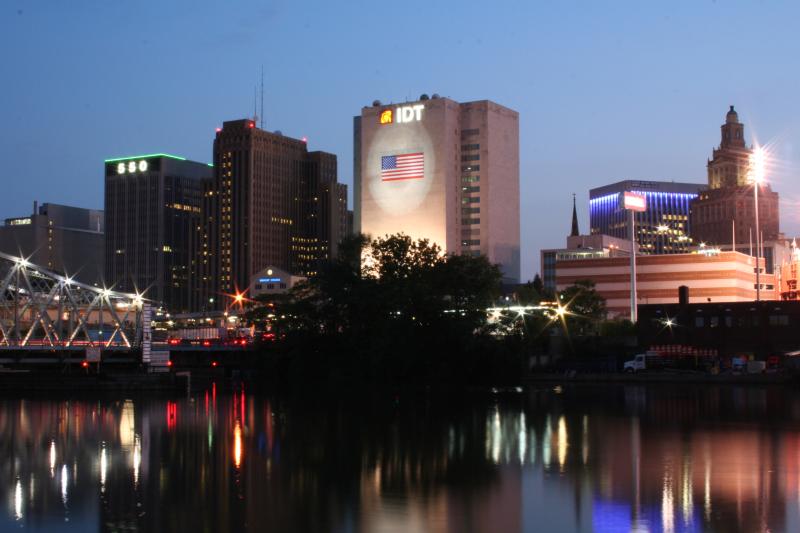 The last few decades haven’t been kind to Newark from an economic perspective. Especially since the recession in 2008, the city has seen crime rates and unemployment surge, while much of its population dipped below the poverty line. But, this is changing.

In more recent years, support from entrepreneurs, private corporations, and the government has helped bolster Newark’s rise, as it reinvents itself into a prominent hub for opportunity and growth. From a focus on technology to educating the tomorrow’s entrepreneurs, here are some of the key reasons fueling Newark’s recovery.

A New Focus on Technology and Entrepreneurship

Over the past decade, several major technology companies, including Amazon-owned Audible and Panasonic, have migrated to Newark in search of more affordable real-estate prices and generally a lower cost of doing business. This has not only brought wealth into the proverbial gates of the city, but also jobs and the opportunity to build a better infrastructure of technological innovation.

Amazon subsidiary Audible, for example, initially brought 127 jobs into the downtown Newark area when it moved in 2007. That number has since grown to 800, and the company is now investing its own resources – including millions of dollars – to help tech-minded startups find a home in the city.

And already – after opening a 25,000-square foot accelerator workspace in downtown Newark, complete with Internet service that runs at 10 gigabits per second, 20 times faster than average – NVP closed $23 million in investment funding this past May.

In September, the firm announced the launch of its first NVP Labs Accelerator, with an inaugural class of nine companies across the technology space, from healthcare to social-media.

A Clearer Route From Education to Entrepreneurship

Newark is home to more than 50,000 college students enrolled in a variety of different institutions, including a business school, medical school, dental school, and law school associated with Rutgers University; Seton Hall Law School; and the New Jersey Institute of Technology. Many of the city’s recent economic development efforts have been targeted toward either high school or college students.

At the high school level, Newark Mayor Ras Baraka has launched a youth employment program that connects high school students not only with job opportunities, but also with educational resources, mentors, and college campuses. With support from organizations ranging from Wells Fargo to the Foundation of Newark’s Future, the program allows students to work at 200 different sites in the public and private sector, while also receiving mentorship and training on subjects such as using financial tools and developing workplace skills.

“This [program] is about vastly more than giving kids a paycheck and keeping them off the street for the summer,” said Baraka in a press release. “We are preparing our youth for success in college and in the workplace.”

Newark is home to more than 50,000 college students enrolled in a variety of different institutions, including a business school, medical school, dental school, and law school associated with Rutgers University; Seton Hall Law School; and the New Jersey Institute of Technology. Many of the city’s recent economic development efforts have been targeted toward either high school or college students.

At the college level, Mayor Baraka has launched programs like the Newark City of Learning Collaborative (NCLC), aimed at bringing together dozens of non-profit organizations, educational institutions, and large companies, such as Prudential Financial and Audible.

The campaign looks to increase the proportion of city residents who achieve higher education from the current 17 percent to 25 percent by 2025. “If we build the people, the people will build the city,” Baraka said at a launch event at Rutgers University in 2015.

As a result of its accessibility, both nationally and internationally, Newark is also home to a thriving foreign-born population. From over 277,000 residents, more than a quarter are foreign-born and supplement the economy in a variety of ways, both small and large. With about 5.8 percent of the population being both self-employed and foreign-born (nearly double that of American-born citizens), Newark has begun tapping into its flourishing immigrant population as a means to economic revival.

Earlier this year, Newark was lauded for becoming the largest and only city in New Jersey to offer ID cards to all residents regardless of their immigration status. The program aims to help an increasing number of immigrant communities gain access to various civic agencies, schools, and cultural institutions, while also assisting them with practical tasks, like setting up bank accounts and small businesses. In fact, the program has already helped register 25 new small businesses with the city.

Entrepreneurship has become a critical factor in not only helping immigrant and underserved communities come out of poverty, but also in creating a self-sustaining growth that funnels back into the city.

The Entrepreneurship Pioneers Initiative (EPI) – run out of Rutgers University’s The Center of Urban Entrepreneurship and Economic Development (CUEED) — is focused on helping new first-generation businesses owners grow their businesses. These include New Jersey-based businesses that are ready to add staff, expand operations, and increase marketing efforts. The initiative’s nine-month intensive program allows participants to work directly with seasoned Rutgers University professors, as well as mentors to build and apply business strategies to their projects, while simultaneously networking and building relationships with others in the Newark and New Jersey business ecosystem.

Ultimately, by refocusing its efforts on education, entrepreneurship, and technology, Newark demonstrates that the secret to building a strong city lies both in creating opportunity as well as creating clear avenues for residents to benefit from those opportunities. When it comes to this pursuit, Newark is only getting started.

'I Seek to Be Part of the Solution.' Inspiring early enthusiasm for science.
Upskilling & Reskilling to Remain Competitive
Hiring Managers Report Skills Matter More Than Degrees in New Study
This form needs Javascript to display, which your browser doesn't support. Sign up here instead