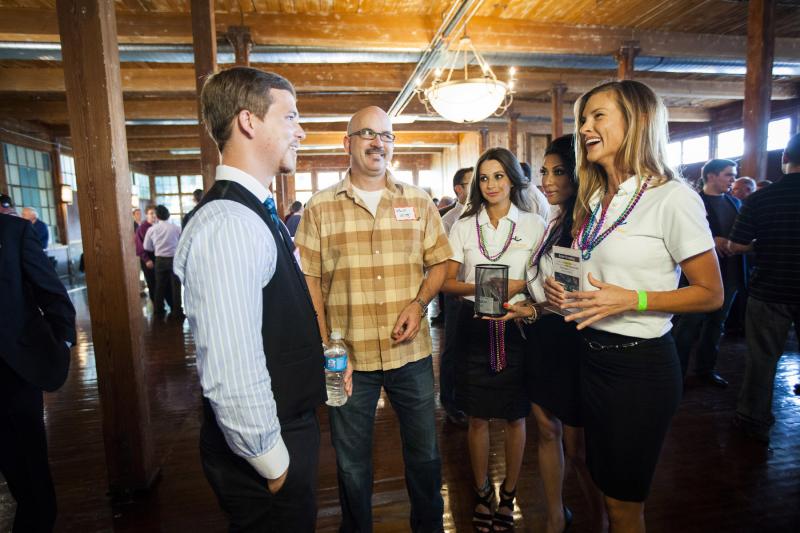 A new survey by Thumbtack and Bloomberg finds small businesses in America having enjoyed a "slow and steady recovery" in outlook over the past two years. The most recent data from April 2015 shows business feeling “somewhat positive” about the state of the economy.

Thumbtack, a consumer service for hiring local professionals, surveyed more than 10,000 small businesses nationwide over the past two years. Their responses capture their economic sentiment on a monthly basis at the national and local level.

Financial outlooks seem particularly rosy for these businesses, reporting favorable revenue and profitability for many. And the share of businesses reporting “uncertain economic conditions” dropped by a quarter. Owners appear to be highly optimistic about the future. Southern firms were especially positive in their outlook; Western and Northeastern businesses less so.

Yet on hiring workers the picture looks far worse. Most report a lack of recent hires and the difficulty of finding the right workers when do need them. Employee compensation also appears unchanged. On the upside, current employees appear to be getting better educated.

The write-in responses run the gamut, but a common trend is to hear low-end service providers report a decline in spending while the high-end market continues to climb.

Memphis is tops among American cities for its economic outlook, though its overall figure has declined from last year. Times are good for business. Finances are flush and employees seem to be enjoying more compensation.

Those on the bottom of Thumbtack’s ranking, such as Rochester, New York, report poor sales as a major driver of their pessimism. Stagnation is written across most indicators for those at the bottom of the list.

“Many of these business owners have few or no employees,” said Jon Lieber, Chief Economist of Thumbtack, “and are often overlooked in other widely-tracked business surveys.” Thumbtack’s work here should offer policy wonks and policymakers alike a more up-to-date and helpful guide to how businesses are actually doing. 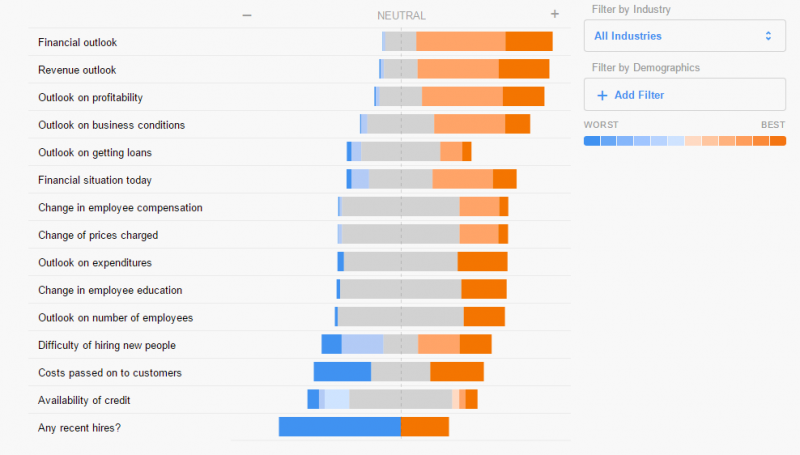