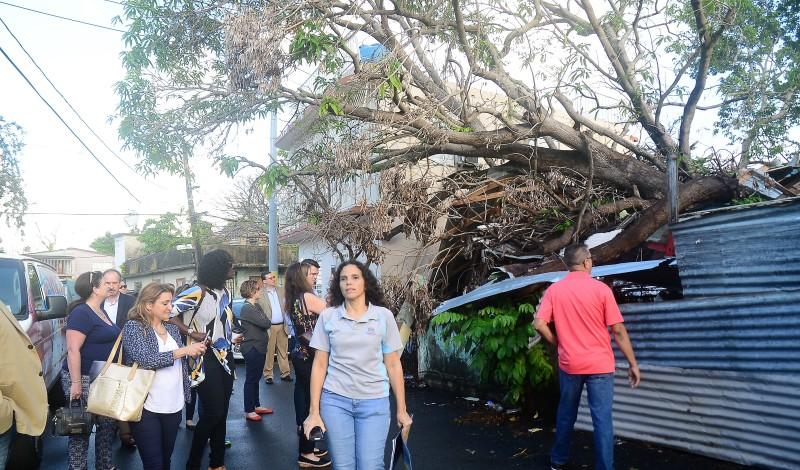 “The devastation was worse than I imagined.”

This was just one comment in an echo of similar reactions by business delegates who joined the U.S. Chamber Foundation in Puerto Rico four months after Hurricane Maria made landfall.

As with most disasters, no amount of charity is going to fix every environmental, social, and economic issue in Puerto Rico. Without commerce, the people of Puerto Rico will not be able to fully recover. This is why the Chamber Foundation organized a delegation of more than twenty corporate attendees to survey the damage and meet with organizations that are active in the recovery efforts on the island. The delegation spent time in-and-around San Juan discussing issues ranging from housing to health care to education. Although we were only able to see a small slice of the recovery efforts, we wanted to show a snapshot of a few of the local programs. Here are five key takeaways from the trip:

Before Hurricanes Irma and Maria, the communities along the Caño Martín Peña—a channel of water not far from the downtown financial district in San Juan, Puerto Rico which runs from San Juan Bay in the west to Laguna San José and Laguna Los Corozos in the east—were already facing significant public health and safety challenges, lack of adequate infrastructure, and poor housing conditions.  The hurricanes heightened the crisis: 75+ families lost their homes, 800+ families partially or totally lost the roofs to their homes, and close to 70% of the community was flooded with wastewater, in some areas for as long as four days. To this day, 100% of the population is still without power.

Beyond the immediate relief activities that are still ongoing, Proyecto ENLACE is supporting the long-term recovery efforts by focusing on those families whose roofs need to be restored. Through partnerships with architecture students and employing local contractors, several roofs have been designed and built. Because there is not enough funding to replace the 800+ roofs that were destroyed, a lottery system has been set up to identify the homes where rebuilding has begun to take place. 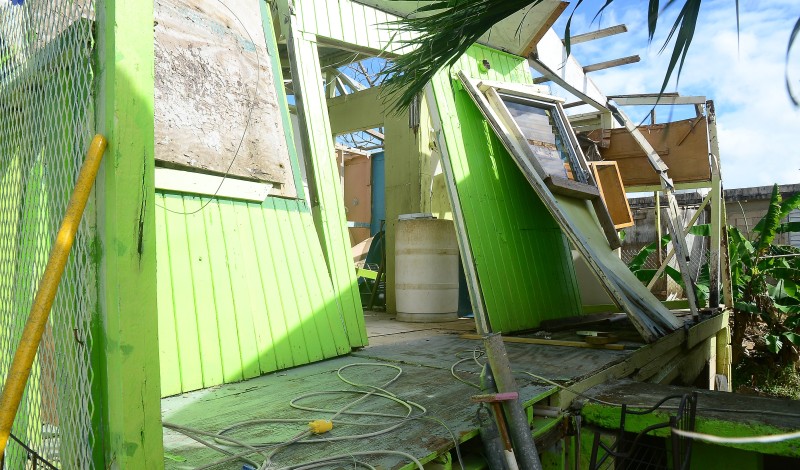 Health Issues Continue to be a Priority

HealthproMed operates several of the Primary Health Centers across the island which are community-based nonprofit entities that provide primary and preventive health care. They have served for more than 40 years in communities with limited resources and medical care. Primary Health Centers receive funds from the federal government through section 330 of the Public Health Service Act to improve and facilitate access to care for thousands of Puerto Ricans regardless of their ability to pay.

Fortunately, the health center we were able to visit was prepared to withstand the impacts of Hurricane Maria. They rose to the challenge and served as a coordinating center to provide support to other health centers across the island whose operations were completely devastated. The center continues to support the medical care for many of the residents in San Juan who have limited resources for health care, which include the residents of the communities along the Caño Martín Peña.

While visiting HealthproMed, we were also briefed by the Center for Disease Control (CDC) and the CDC Foundation. Both entities have been extremely active in Puerto Rico focusing on vaccinations, water borne illnesses, and community health education.

A month after the hurricane, TECHO, a nonprofit focusing on transitional housing, surveyed 24 barrios (wards) in 12 municipalities, and identified 250 families with dire, urgent housing needs. From their survey, they know that there are about 2,000 families who suffered partial structural damages to their home from the areas where they have visited. The number is presumably much higher but inadequate data does not paint the full picture of damage across the island. More than 70,000 in Puerto Rico are estimated to have damages to their roofs. TECHO volunteers continue to update the survey every weekend. TECHO has prioritized working with families who are able to join them in their community development process and who experience the most urgent needs in Canóvanas, Utuado, and Toa Baja municipalities in Puerto Rico.

We were able to visit one of the construction sites in Canóvanas where we met Flavia who arrived in San Isidro 12 years ago from the Dominican Republic. Her previous home, which she so kindly invited us to visit where she resided with her 16-year-old son and 11-year-old daughter, suffered severe structural damage from five feet of flood waters. TECHO, through volunteer workers, have constructed transitional home for Flavia and her family. This is just one among the many more that need to be built across the island through financial and volunteer support. 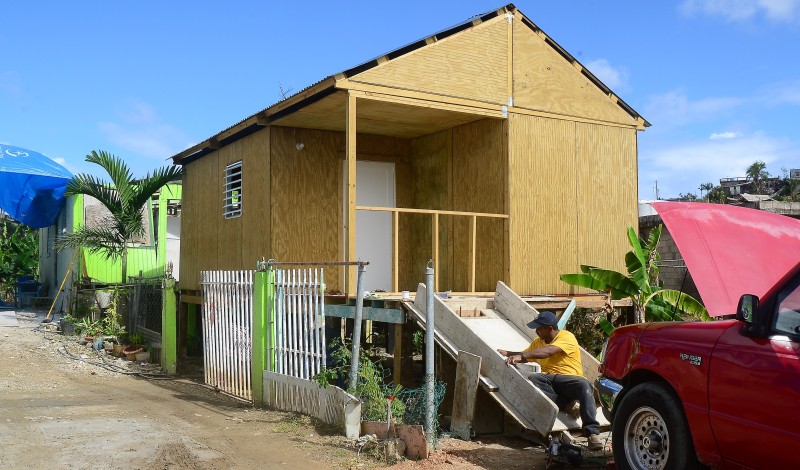 There is Opportunity in Recovery

The tour came to a close with a lunch discussion at the Puerto Rico Science, Research and Technology Trust with highly-regarded Puerto Rico officials including Julia Keleher, Secretary of Education; Gilberto Marxuach-Torrós, President of the Universidad del Sagrado Corazón; Alicia Lamboy, President of the Puerto Rico Chamber of Commerce; Gloria Viscasillas Aponte, Leader of Echar Pa’Lante with Banco Popular; and Lucy Crespo, CEO of the Puerto Rico Science, Technology and Research Trust. The discussion focused on rebuilding the education and economic systems. Hurricane Maria intensified stresses within the Puerto Rican economy and education system that already existed. The Puerto Rico private sector is continuing their focus, which began prior to Maria, on building a culture of entrepreneurship through opportunities for grade school students and in higher education curriculum. Under new leadership within the Puerto Rican government and continued dedication from private sector leaders, a new vision for Puerto Rico’s education system is unfolding with the guarantee that every child is fully prepared to live a meaningful life and fulfill their potential.

The foundation for this systemic change to the education system is being laid, however, little can truly change when some 270 schools are still without power. This is just one example of how long-term recovery efforts have been stalled by the fact that immediate human needs have still not been fully met—access to sanitary water, electricity, and power.

At the Chamber Foundation, we understand the crucial role the private sector plays in the long-term recovery of a community. Large businesses can support nonprofits and push investments into the community to become more resilient. Small businesses reopening their doors are critical to getting the economy going again. We will continue to work with businesses of all sizes to help communities in Puerto Rico by helping coordinate efforts across the private sector in tandem with the local government and nonprofit organizations. Much is yet to be done for the full recovery of Puerto Rico, however, the people of the island are resilient.