Role of Employers: Public Attitudes about the COVID-19 Vaccines 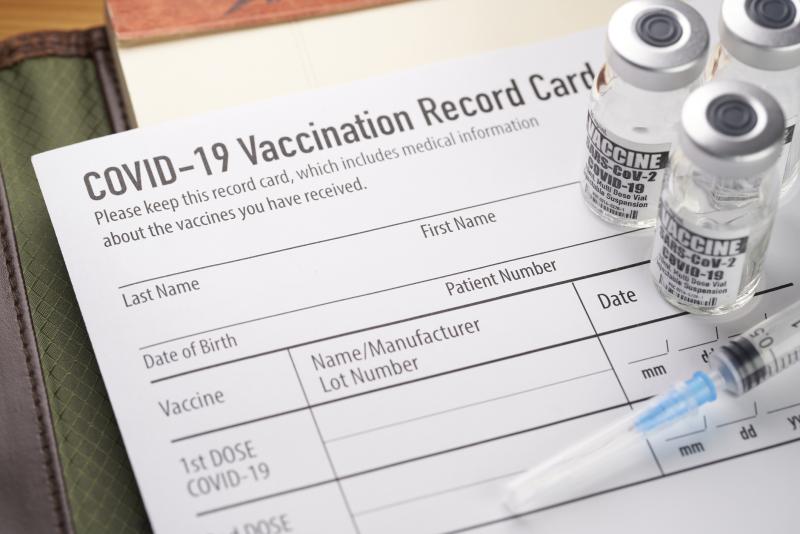 It's impossible to communicate effectively about the benefits of COVID-19 vaccines without understanding public attitudes, especially among those who might be more skeptical about the safety or effectiveness of these lifesaving immunizations.

In keeping with our mission to help businesses do well and do good, the U.S. Chamber of Commerce Foundation invited three leading experts to share insights into how the public views these vaccines and the levels of vaccine hesitancy among certain racial, ethnic, and ideological groups.

Jennifer Benz, a vice president at the non-partisan research organization NORC at the University of Chicago, shared the results of research they've been conducting since May into public attitudes about the vaccine. NORC’s surveys suggest a sizable percentage of the population – about four in 10 respondents who haven’t already been vaccinated – say they “probably won’t” or “definitely won’t” get the shot.

Dr. Carlos del Rio, a distinguished professor of medicine at Emory University and foreign secretary of the National Academy of Medicine, says he’s concerned by the levels of vaccine hesitancy among younger, rural, Black Americans, and healthcare workers. These concerns, he says, are influenced by “factors such as competency, convenience and confidence.” To overcome them, he says we need to address safety concerns while cultivating trust and creating opportunities for community participation.

Frank Newport, a senior scientist at Gallup, explained the powerful role ideology and partisan identification play when people are making decisions about whether or not to get the shot.

“Americans' willingness to get a COVID-19 vaccine varies significantly by underlying partisan and ideological positioning. This is not surprising, given a great deal of evidence showing the ways in which partisanship and ideology serve as a lens through which Americans view much of the world around them. But it has significant implications for campaigns and communication strategies designed to increase vaccine uptake in the U.S. in the months ahead.” (Newport, December 2020)

We encourage you to watch the program but here are some highlights:

The biggest vaccine trust factor in either Hispanics or African Americans comes from their doctor. It is their community doctor, their personal doctor, that is going to be the biggest influence. That tells us that we need to work with physicians because there are physicians in the communities that can tell people, ‘Look, I trust this vaccine, you should take it.’” - Dr. Carlos del Rio

Partisanship is the most powerful of any of the variables that we’ve talked about so far. Knowing a person’s self-identification politically tells us more about the probability that they will get the vaccine or not get the vaccine, based on self-reports than knowing any other factor about them, including age, ethnicity, race, and education...The numbers that we have at Gallup from a latest update show a 40-percentage point gap in terms of willingness to get the vaccine and we add in those who say they already received it. We have 7-9 out of 10 Democrats say that they will get the vaccine, or they’ve already received it, and this compares to 50% of Republicans.” - Frank Newport

When it comes to the sources of information about vaccines that people trust, healthcare workers were most trusted, followed by Dr. Fauci, and the federal health agencies. Far more people lack trust in political figures, pharmaceutical companies, the news, and the media.”  - Jennifer Benz

Employers have an important role to play in the vaccination process. As trusted members of the community, they can help educate the public, including their employees, about the importance of safe and effective vaccines to our continued health and prosperity.

We also know that the trust in government gets higher and higher the closer to home it gets. People are significantly more positive about what’s local than national and that’s certainly true of government officials. So, the degree to which local officials can be used as spokespeople to get the message out, I think the better in terms of trying to convince people to go ahead and do it.” - Frank Newport