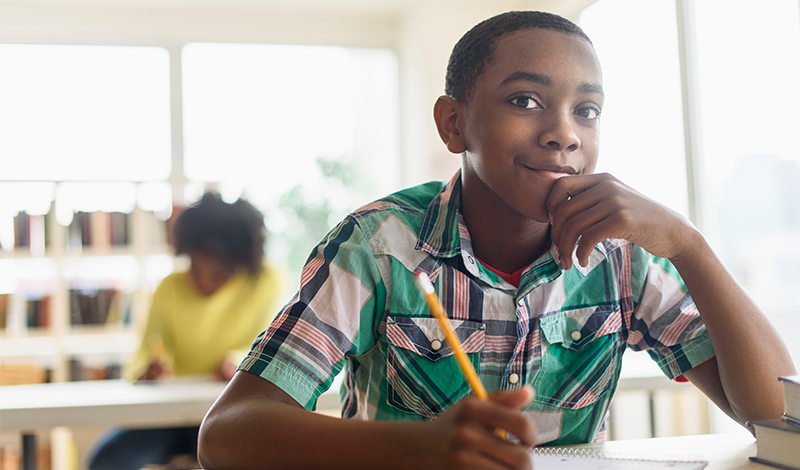 The following interview has been edited for clarity and length.

K-12 education remains a key issue, what is the Foundation doing to address inequities and finding solutions to learning loss? Why should we be focused on K-12 programming right now?

CO: The Chamber and Chamber Foundation have really prioritized K-12 education for as long as I’ve been here, and it predates the 12 years I’ve been here. It was a conscious decision to be active in this space because the business community really cares about it. They were supporting K-12 education in a variety of ways through their corporate social responsibility (CSR) portfolios and have been very active in trying to push policies that would lead to a better K-12 education system.

Clearly, we have a massive worker shortage and we’ve had skills gaps over the years. The labor market is so dynamic and changing quickly, probably quicker than it ever has in our history. And so, what does that mean? We’ve got to keep up with it. We’ve got to make sure we have the workers for those evolving jobs and people with the skills that not only employers are looking for, but that individuals need that will give them a career path and opportunity and success. And what we cannot do is think about that only in the context of training people post high school.

There’s so much time that happens from zero to 18 years old. And if we ignore that as part of this workforce challenge, then we do so at our peril. The data and the evidence suggest we’ve got some real challenges in K-12 education, and it takes everyone to fix these challenges. I think the business community has a role to play, as leaders in the community and as the ultimate end user of a talent supply chain. We’re missing the mark for kids who have not had all of the advantages and are least well served by many of our systems. If we’re really going to have a diverse workforce, regardless of the zip code in which they were born or raised, then we all need to be thinking about how K-12 education is or isn't serving those kids.

When you consider past policies surrounding K-12 from the last 20 years, including “No Child Left Behind”, what are you hoping becomes major takeaways?

CO: We’re doing some specific work in this space right now, which is to really look at the past 20 years and understand the successes and the things that weren’t as successful as we would’ve hoped them to be. People don’t agree with everything from No Child Left Behind, or the Common Core debates or Every Student Succeeds Act (ESSA), the current federal law, which is measuring and then disaggregating that data, so that we know how subgroups of students are doing is really critical. Prior to No Child Left Behind, we didn’t have the data universally across all states. There were a handful, maybe a couple of states that were measuring, who were assessing all students, who were disaggregating that data, who would be able to tell you by school or by district how Black kids were doing, how Hispanic kids were doing, how kids with disabilities were doing, how kids where English is their second language were doing. If you don’t do that, then it’s very hard to understand where you’re falling behind or where kids are struggling, or it’s easy to look at a school and say, “oh, they’re doing fine,” when in fact, maybe all of the upper income, white kids are doing fine. And disadvantaged kids aren't doing so well. And you can hide those kids in the averages. I think we can all agree that the mission of a public education system is to serve all kids, regardless of background. And if we're not doing that well, then we need to look at ways to do it better. And the only way to know if we're doing it well is to really measure and shine that spotlight.

Through your eight years of service under the Bush administration, some of your work centered on assisting the Under Secretary of Education as Chief of Staff as well as Acting Assistant Secretary in the Office of Postsecondary Education. Can you discuss the critical relationship K-12 education has to higher education and the workforce?

CO: I personally think the link is just so critical. We might have really high school graduation rates across all of our states, we’re pushing mid-80s, high-80s in graduation rates, but what we’re also seeing is considerable remedial courses needing to be taken at the college level. The data shows that if you have to take remedial courses, you’re less likely to persist and complete. You’ve got to pay for those remedial courses. You’re taking things that you should have learned in high school and you’re having to pay for them in college and it’s actually making it much harder for you to get through college, to persist to graduate. In many ways, the data suggests we should prioritize college attendance because people with a postsecondary degree will have more lifetime earnings. However, we are seeing a bit of a shift from the business community where the traditional four-year degree has become less of a requirement and the lifetime earnings between four-year degree holders and those that have other forms of education might start to even out.

If you look at who is least well served in the K-12 system, then they’re also the least well served in the postsecondary education system. If we’re not educating low income children at the K-12 level and then we’re pushing them to go to college, so then some of those students take remedial courses, it increases the chance that they will take on debt and might drop out before completing a degree which is the worst of all scenarios.

Reflecting on your work at the Chamber Foundation, what accomplishment are you most proud of?

CO: I am truly, truly most proud of the team that we’ve assembled. We have a good chunk of people that have been here almost as long as I have. To me, that is the greatest sign we’re doing good work. We’re having success. I think it’s just such a smart, talented, dedicated, really hardworking group of people. What could be better than being able to say, you’ve assembled this team, they are super valuable and hardworking and add value, not just to the Chamber, but to the Chamber Foundation, and the work that they all have created together is having an impact all over the country, which is phenomenal.

CO: Workforce is a very hot topic right now. Everybody’s talking about employers, CEOs, Foundations. Everybody’s workforce focused. Companies and CEOs are very comfortable and willing to have a traditional workforce conversation. Do I have the workforce? Am I equipped with the talent I need to be competitive, to remain competitive, to succeed, to grow? Am I able to take on new business or do I have to let stuff go because I don’t have the people in place? What I feel like I’ve seen in recent years is less of a willingness to have the conversations or to really engage deeply in the K-12 space, which in my mind, gives us more reason that the Chamber and the Chamber Foundation need to be there. I get that employers are focused on the workforce shortage of today, and they can’t worry about what it’s going to look like in 20 years. But the people who are real leaders and real visionaries can see it and can understand it and understand why it’s important that they’re working to build a future for all kids, the people who will come later to your place of business.