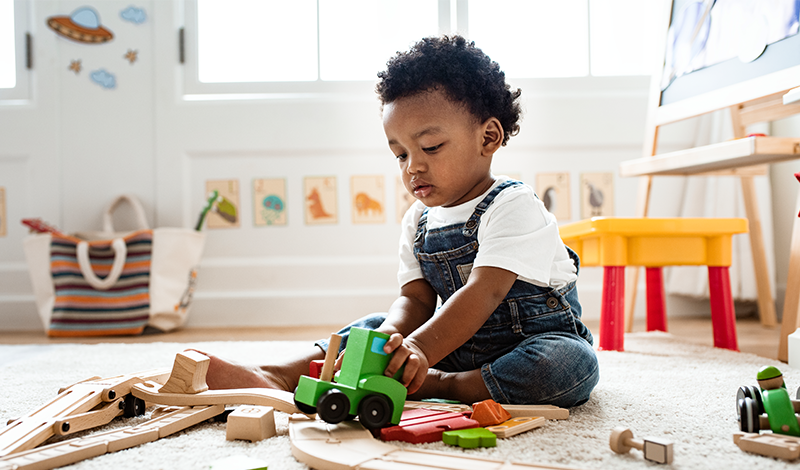 The United States is so expansive and diverse, sometimes it feels more like a collection of 50 countries with their own histories, cultures, traditions, and priorities. While this is not a new or original thought, I occasionally remind myself how impressive it is that any national legislation gets passed when the scope and needs within our nation are so vast. Both parties on Capitol Hill have expressed a desire to address the country’s childcare crisis, but with no bipartisan consensus in sight, several states have begun to create innovative solutions to address the need for quality childcare and strengthen their workforces.

One of the many things I love about the unique identities of each state is their nickname. Some promote the obvious and well-known, like Arizona, “The Grand Canyon State,” or Florida, the “Sunshine State.” Other nicknames are a nod to the state being formally recognized, take Delaware, “The First State,” or Colorado, “The Centennial State.”

But my favorite nicknames are those that require a little digging to unearth the meaning. Take Missouri, the “Show Me State.” While the exact origins of the phrase are unknown, it’s most commonly credited to Congressman Willard Vandiver (all-time great name), who in 1899 said, “… frothy eloquence neither convinces nor satisfies me. I’m from Missouri, and you have got to show me.” Stating you were from Missouri was tantamount to letting someone know you are not easily swayed. To be convinced, you need proof.

In 2021, the Missouri Chamber of Commerce & Industry partnered with the U.S. Chamber Foundation and produced the report, Untapped Potential: How Childcare Impacts Missouri’s Workforce Productivity and the State Economy. This report showed that childcare breakdowns cost Missouri upwards of $1.3 billion annually. That was enough evidence for Missouri policymakers to spring into action. This year, Missouri Lt. Governor Mike Kehoe established a task force to help identify solutions to help Missourians have better access to childcare, and the Missouri House of Representatives budgeted to allocate $20 million to childcare programs and promote innovation in childcare. The $20 million will fund partnerships between the state, private employers, and childcare providers, including dedicated childcare centers, encouraging small businesses to band together and offer childcare benefits to Missouri families.

In the Commonwealth of Kentucky (The Bluegrass State), the KY Chamber of Commerce led the charge on House Bill 499. Recently signed into law, the Kentucky Child Care Assistance Partnership (or a public-private partnership) will help reduce childcare costs for working families.  The state will match dollar for dollar an employer’s contribution towards an employee’s childcare costs based on household income. The state has secured $15 million for the program, which will begin next year. There has also been an innovative movement to improve zoning laws in the state. The Louisville Metro Council recently reformed childcare zoning restrictions which had prohibited childcare centers from opening in residential areas.

In 2021, Michigan (The Great Lakes State) launched a childcare pilot called the Tri-Share program, which is a public-private partnership that aims to split the cost of childcare among employers, employees, and the state of Michigan. The stated goal is to “help the ALICE population (Asset Limited, Income Constrained, Employed) eliminate barriers to employment.” There are Facilitator Hubs across the state that act as intermediaries between the state, workers, and employers. As of March 2022, Tri-Share has expanded to cover 59 counties and the city of Detroit, and there were 40 employers participating. Children can receive support for full- and part-time childcare as well as before and after-school care, with current participants ranging from six months to 11 years old. The pilot is being administered by the Michigan Women’s Commission, and the grant period ends in December 2022.

In November 2020, Colorado (The Centennial State) voters approved a ballot initiative to increase state taxes on tobacco and nicotine to fund the creation of a universal preschool program. The stated goal was that “by July 2023, all Colorado families, regardless of income, will have the opportunity to access 10 hours of high-quality early care and education per week, per child, in a mixed delivery system, in the year prior to the child entering kindergarten.” This was followed in 2021 by the state legislature’s move to create the Department of Early Childhood to streamline and strengthen the state’s focus on early childhood care. The new department is intended to “consolidate the various authorities, programs, and funding streams that currently exist across state agencies and focus on a unified vision of comprehensive early childhood service delivery.” To fulfill the ballot initiative, on April 25, 2022, Colorado passed House Bill 22-1295, establishing the duties of the Department of Early Childhood, and creating the Colorado universal preschool program.

While a bipartisan initiative by the U.S. Congress would be ideal, the policy actions of individual states continue to strengthen their unique childcare sectors and provide support to children, families, workers, and employers. The business community continues to partner with state administrators and legislators, childcare providers, and working parents to find ways to identify and bridge gaps in childcare. Children thrive in quality childcare settings, and when working parents have access to affordable, flexible care from Washington State to Washington, DC, we’re able to go to work in a peaceful state of mind.

Stay tuned for our next installment, where we’ll focus on how individual employers are stepping up to provide increased childcare support for working families.

Thanks to Abby M. McClosky for contributing to this post.