In mid-December, massive tornadoes ripped through Arkansas, Tennessee, and Western Kentucky causing fatalities, injuries, and billions of dollars in damage. According to the National Weather Service, estimated peak winds were around 190 MPH and the largest tornado traveled more than 165 miles, making it a historic long-track storm.

In Kentucky alone, at least 75 people died as a high-end EF4 (the second strongest tornado on the Enhanced Fujita Scale) ripped through their community. Mayfield, a city of about 10,000 people in the southwest corner of the state, was hit the hardest. Roofs were ripped off, cars were thrown, and an entire factory collapsed. In fact, some reports estimate that 15,000 buildings were destroyed and more than $3.5 billion in damages were caused by the storm.

Three days after the tornado outbreak ended, Lowe’s was on-site at their store in Mayfield with the Lowe’s Tool Rental Disaster Response Trailer. This unique trailer carries recovery supplies to impacted communities. This includes generators, fans, chainsaws, and more—anything that is needed to clear debris and repair property.

After a disaster, many tools and equipment needed for cleanup efforts are in high demand but can be hard to find. Furthermore, once cleanup is complete and the tools are no longer necessary, customers may discard or sell them. That’s why Lowe’s created the Disaster Response Trailer, first deployed in 2021 following Hurricane Ida. It brings specialized equipment to impacted areas that customers can rent instead of purchasing for one-time use.

To secure the tools and the trailer, Lowe’s partnered with LiveView Technologies (LVT), a provider of mobile security systems. LVT custom-made the security system for the Disaster Response Trailer, including a protective housing built-in to the trailer that allows the unit to be lowered and safely stored during transport.

"At LVT, our driving value is to do right by others, including the community,” said LVT Chief Business Development Officer David Studdert. “So when Lowe’s approached us with the idea for this trailer that could help thousands of people, we knew immediately that we wanted to be part of it." 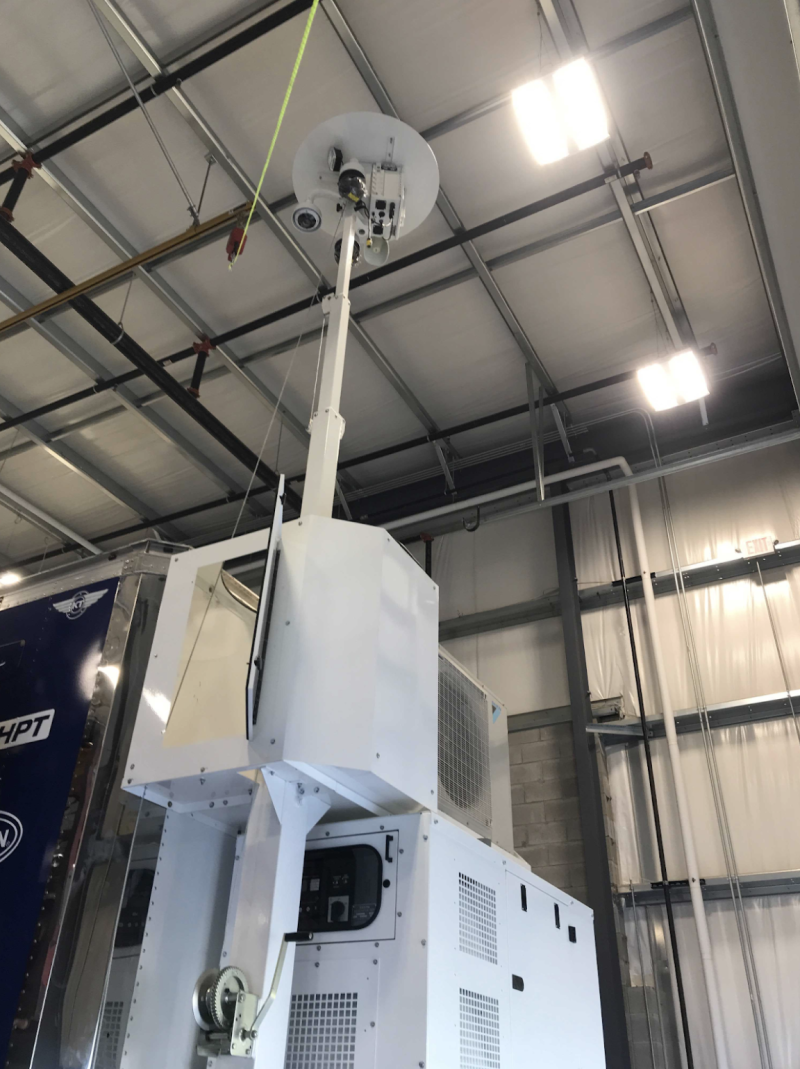 © LiveView Technologies
LVT traditionally mounts their cameras on mobile surveillance trailers. In this case, they adapted their usual design to mount to the Disaster Relief Trailer. “We took one of our camera masts and made a specialized mount for Lowe’s,” said Studdert. “We also had to modify how the generator connected to the unit.” The trailer uses a single generator to power the custom security system, the rental kiosk, and lights.

LVT also outfitted the trailer with unique tamper detection and sensors. For example, the trailer has door sensors, internal cameras, motion detection, perimeter defense, and advanced analytics that will alert the manager if someone tries to enter the trailer without disarming it. Only designated Lowe’s employees can disarm the trailer; otherwise, it is armed 24/7. This ensures that the tools get to those who really need them.

To date, the trailer has traveled to Houma, Louisiana after Hurricane Ida, and Mayfield and Bowling Green, Kentucky after December’s tornadoes. Lowe’s has also announced more than $3 million in donations to support those disaster relief efforts.

“Our goal is to improve the community,” said Studdert. “It’s a privilege to work with such incredible partners at Lowe’s who share our passion for serving those who need it the most."