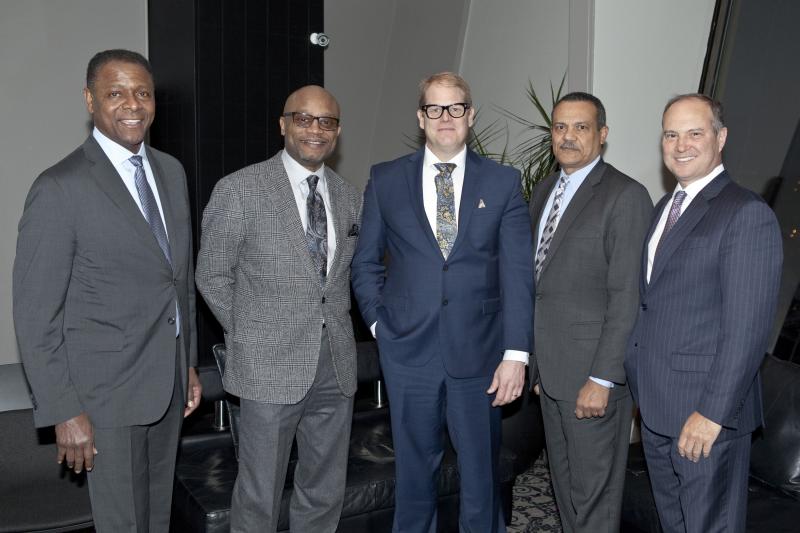 One sector in Illinois has taken a creative approach to advancing the growth and utilization of diverse businesses. Several of the largest utility companies in the state – Ameren Illinois, Commonwealth Edison, Illinois American Water, Nicor Gas, North Shore Gas and Peoples Gas – joined together in the summer of 2015 to form the Illinois Utility Business Diversity Council (IUBDC). The charter members of this unique coalition are investing in strengthening the state's electric, natural gas, and water infrastructure. In doing so, they're drawing on the resources of skilled contractors for support, opening doors for diverse welders, pipefitters, electricians, maintenance workers, engineers, financial experts, and more.

“Each of our companies has had a strong track record of success in engaging with diverse suppliers, but joining forces has unlocked even more growth,” said Bruce Hauk, President of Illinois American Water and current IUBDC Chairman. “Simply being at the same table with the leaders of other utilities has led to increased work for minority-, women-, and veteran-owned businesses.”

The results thus far have been impressive.  According to an economic impact study, the $1.05 billion spent by IUBDC members on services from diverse Illinois-based businesses, including $477 million on goods and services provided by minority enterprises, contributed an incremental $2.05 billion to the Illinois GDP, supported 14,200 jobs in Illinois, and added $341.5 million in taxes collected by federal, state and local governments.

IUBDC also initiated a partnership with the Kellogg Executive Program at Northwestern University to provide the leaders of expansion-oriented Minority Business Enterprises (MBE’s) with high level skills training. This joint program with the National Minority Supplier Development Council (NMSDC) assists MBE's with succession planning and capacity building. The coalition even took the program a step further by establishing an IUBDC-funded scholarship to high-potential leaders.

Diverse spending is IUBDC's core metric, but the relationships forged between the utility leaders have led to collaboration in other key areas, including customer service and energy policy. Additionally, IUBDC is helping the utilities formulate strategies to grow their own pipelines of diverse employees to fill the gaps that will occur when a generation of experienced employees transitions from the workforce.

“My fellow utility leaders and I are passionate about the IUBDC because diversity leads to stronger local communities, better performing companies and a more robust Illinois economy,” said Richard Mark, Chairman and President, Ameren Illinois and a past IUBDC Chairman. “We think this is a model that companies in other sectors can follow."