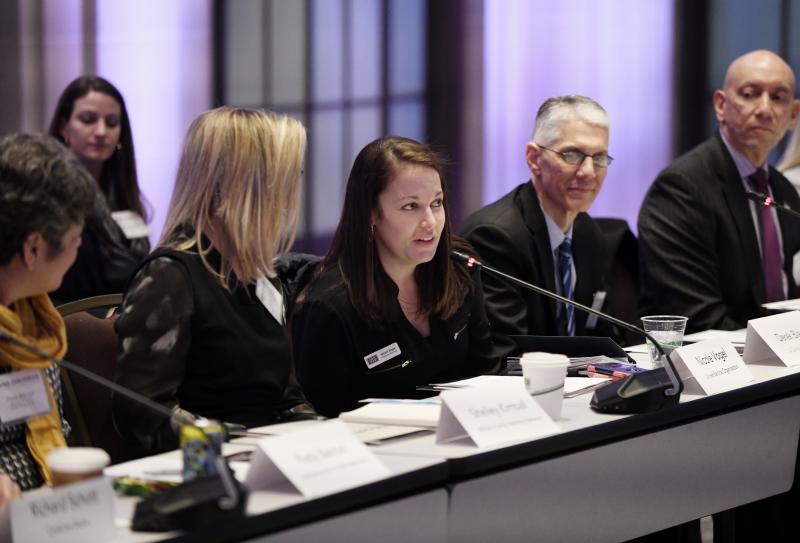 “Military Spouse Economic Empowerment Zones are at the forefront in the efforts to combat the staggering military spouse unemployment rate,” said Eric Eversole, President of Hiring Our Heroes and Vice President at the U.S. Chamber of Commerce. “We are proud to welcome the Commonwealth of Virginia into a growing network of communities across the country working to provide local solutions to barriers to entry for military spouses.”

Established to connect military spouses with companies committed to hiring them, MSEEZs are collaborative efforts among business, civic, government, and military communities to build employment networks in communities around the country.

“With more regional MSEEZ locations than any other state, we are thrilled to announce that Virginia is now home to the newest statewide MSEEZ. The working groups from Hampton Roads, northern Virginia, central Virginia, and southwest Virginia have laid the foundation for the expansion into a statewide Military Spouse Economic Empowerment Zone,” said Elizabeth O’Brien, Senior Director of the Military Spouse Program at Hiring Our Heroes. “Within the last year, we have seen tremendous steps toward improving military spouse employment opportunities, perhaps most notably with the inclusion of military spouses into the Virginia Values Veterans (V3) Program, which helps employers develop and implement long-term strategies and nationally-recognized best practices in recruiting, hiring, and retaining veterans.”

“Military spouses are invaluable assets to companies and communities across the Commonwealth. These spouses are already serving the nation. They also want to put their skills to work in meaningful jobs. Increasing military spouse employment opportunities will ensure the Commonwealth of Virginia remains a leader in supporting veterans, the military, and their families,” said Carlos Hopkins, Virginia Secretary of Veterans and Defense Affairs.  “Virginia Governor Ralph Northam is committed to ensuring that Virginia is the most military and veteran-friendly state in the nation.”

The MSEEZ program grew from the findings of a recent U.S. Chamber of Commerce Foundation study, Military Spouses in the Workplace, which found that an overwhelming majority of employed military spouses thought having two incomes was vitally important to their families. However, the study said, only 50% of military families reported having dual-income status. This disparity reflects added strain on military families and can ultimately factor into a service member’s decision to stay in — or leave — the military. Such decisions, in turn, can affect overall military readiness and retention.

Hiring Our Heroes is launching MSEEZs in communities across America throughout 2019. Building on a robust network of national and local employers, educational institutions and community resources, these MSEEZs will foster collaboration between key stakeholders to help identify best practices that will support and advance the mission of connecting military spouses with meaningful employment opportunities — and ultimately strengthen the financial security of our 21st century military families.