What’s the Point of Education? – College Costs and the Case for Human Capital 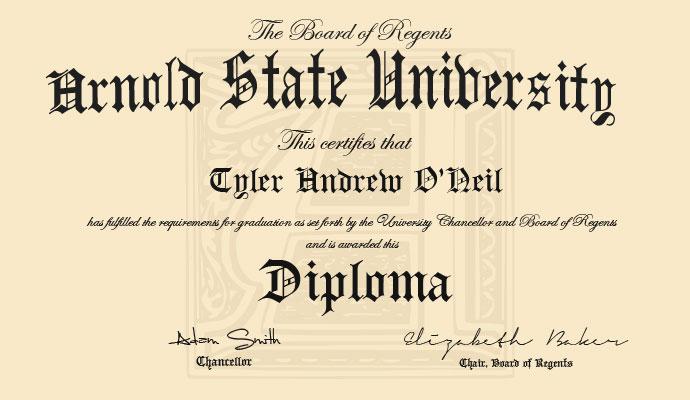 The national debate in America today focuses heavily on jobs – who’s making them and who’s looking for them. There is also a discussion in this country about the cost of education and student debt. These national issues – jobs and debt – raise inevitable questions about the value of higher education. Is a four-year degree worth it if it leads to loans but not necessarily a job? Does it offer real advantages in a tough economy? What is the point of an education anyway?

A Pew Research Center survey found that 47% of the public believes a college education is primarily about learning work-related skills and knowledge; 39% believe that the main purpose of college is to help students grow intellectually and as a person. These are both important, but there is another important purpose for higher education. It swells America’s pool of human capital, creating generations of quick thinking, innovative, and skilled employers and employees.

The U.S. business landscape has become technologically sophisticated, and this means workers need the skills and knowledge to operate in the high-tech environment. Degree programs can offer marketable skills and knowledge, which are big assets in the current job market, but just as important, education builds America’s long-term capacity for innovation and competition.

In the national discussion on cost, we should not lose sight of the benefits. In terms of jobs and debt, there are more than a few ways education is critical to the United States’ economic growth and prosperity.

Americans with a college degree are more employable. The Bureau of Labor Statistics reported in July that college graduates are twice as likely to find work as those with only a high school diploma. Unemployment for four-year graduates is 4.5%, but for those with only a high school degree, the unemployment rate is 24%, according to a study by the Lumina Foundation and Georgetown University's Center on Education and the Workforce.

While the economic downturn hurt the job market and challenged business growth, it did not keep most college students from finding work. A Brookings Institution survey of young adults who graduated during the last several years found that 90% of college graduates were employed in 2010, versus the only 64% employment rate for those who did not pursue a degree. More than that, according to Georgetown, there is about a 4% annual job growth rate for people with at least some college study; the growth rate for those with only a high school diploma is zero.

As NCF scholar Nick Schulz wrote, “Greater amounts of human capital are required to develop and manipulate the technology that drives the economy. The American economy has gone from one that emphasizes brawn to one that relies on brains.”

Human capital is the societal infrastructure on which innovative ideas, new businesses, and thriving companies can grow. Any educational endeavor – be it a four-year or two-year degree or a certificate or other training – builds skills and knowledge, and developing America’s human capital is a permanent addition to country’s overall economic potential. A nation of knowledgeable workers is best poised to compete in a globalized economy.

“The priority now is to leverage new ideas, technologies, processes, and skills,” wrote Thomas Gais, director of the Rockefeller Institute of Government at the University of Albany. “Higher education institutions and systems are the key. They pack a double punch: they are the source of the new knowledge needed to produce high-paying jobs in the innovation economy – and they are the key to developing a workforce prepared to take those jobs.”

America needs workers to fill the high-skilled jobs in industries like manufacturing and energy production, but the country also needs ongoing innovations that produce new jobs and companies. Growing the country’s human capital infrastructure contributes to this in the short and long term.

“For America to remain at the leading edge of technology development, it will need to be the home to new science, technology, engineering, and mathematics (STEM)-related companies,” wrote Schulz. “These are the companies that will push the next wave of productivity-enhancing services and products into the marketplace.”

There are growing options for online education, and some are building a good reputation. Bryan Caplan, professor of economics at George Mason University and a senior scholar at the Mercatus Center, asked in a piece for the Library of Economics and Liberty if online education will come to replace “brick-and-mortar colleges.” The question centers on whether online degrees will gain popularity and legitimacy enough to garner salaries on par with traditional colleges and universities.

Online degrees typically lead to a lower average salary than a four-year degree program, but a lower long-term income may be less important to some than faster, cheaper degree completion. Caplan thinks online degrees will not make a large dent in applications and graduates from traditional schools, in part because the labor market will continue to favor graduates from (physical) four-year schools. Yet, this raises an important consideration – in weighing cost and value, there are numerous educational options.

Associate degrees, trade schools, and other two-year programs offer skills-focused learning at a cost lower than that of four-year programs. Median education debt for graduates from two-year degree program is about $7,000 (according to College Board 2008 data, which are the most recent statistics). Students graduating from four-year institutions in 2009 held an average of $24,000 in student loans.

Some two-year degrees can command competitive salaries. A report from the Florida Education and Training Placement Information Program found that associate degree and certificate graduates in some fields secured higher salaries than Florida’s four-year college graduates. Predictably, many of these higher-paying fields require technical skills and knowledge that are grounded in science and math.

In discussions about cost, jobs and debt, two-year degrees are an important consideration. They can also provide businesses with the skills and knowledge they need to prosper. Overall, education is a net benefit to the country. There are costs to any investment, and education is one investment that can guarantee rewards.