U.S. Chamber of Commerce Foundation / Which U.S. Cities Are Least Friendly to Business?

Which U.S. Cities Are Least Friendly to Business? 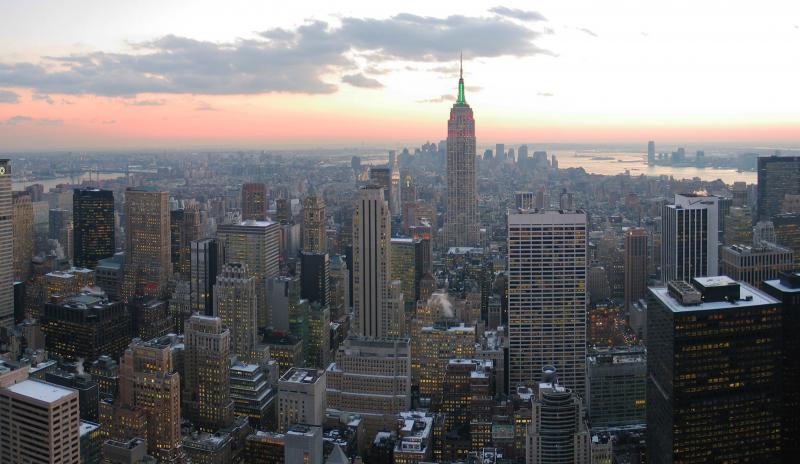 What does it mean for a city to be open for business? I would argue that it starts with a simple and efficient regulatory process. In a new study I’m proud to have released with the U.S. Chamber of Commerce Foundation, we’ve put together one of the first looks at just what that regulatory climate looks like in America’s greatest cities.

Our study, “Enterprising Cities: Regulatory Climate Index 2014,” serves as a barometer of the costs of doing business across the country and a guide to areas where reform is needed. The index assesses five areas of local regulation that a typical business encounters in opening and operating in ten cities.

Our study focuses on small businesses in big cities, knowing that these firms create much of our country’s net new jobs and our cities are often where they open up shop. And while the big boys can usually survive under a heavy regulatory apparatus—whether through costly lawyers or simply having the right friends—the little guys often don’t have that luxury. But, they’re the ones hiring America’s middle class and starting up on our shores.

By using the World Bank’s “Doing Business” methodology, we went step-by-step through the process of starting a business, dealing with construction permits, registering property, paying taxes, and enforcing contracts. We looked at the cost, time, and procedures faced throughout. Then we ranked the cities on our list based on their performance.

What did we find? Dallas is the best place to do business among our 10 major cities. New York City, on the other hand, ranked poorly at the bottom. 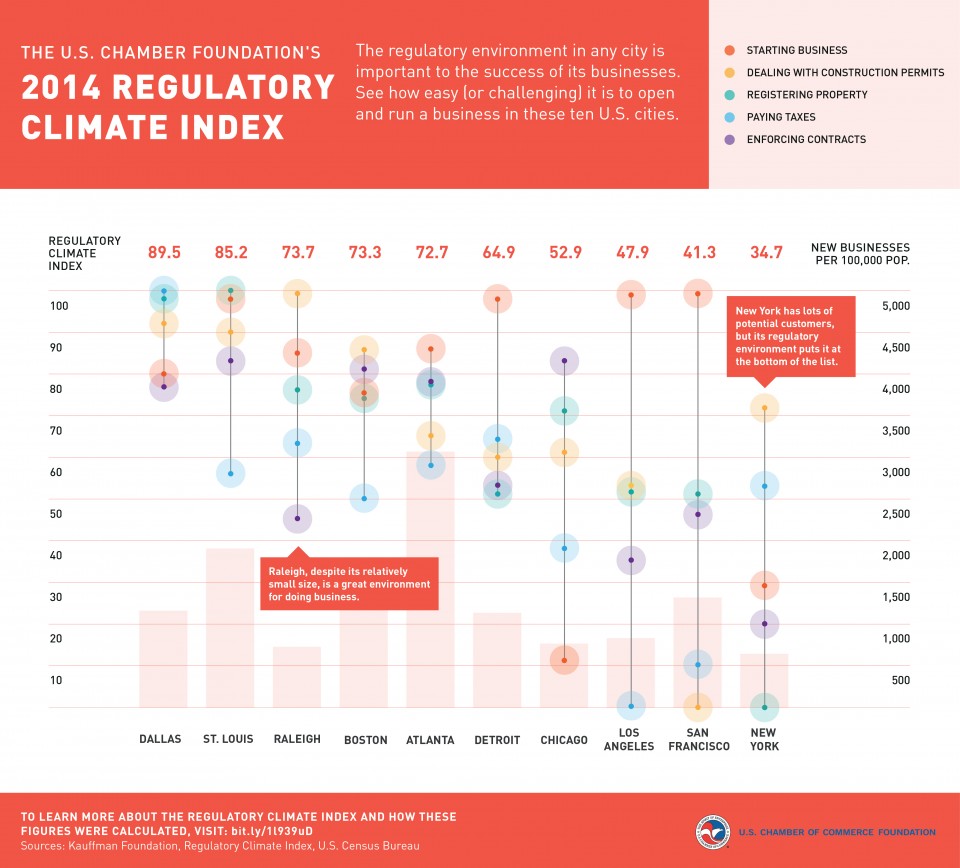 Every city suffered from a lack of transparency when it comes to regulation. It was shockingly difficult to find your way through the regulatory process. Forms were buried or full of jargon. Steps were unclear. Websites were often more at home in the 1990s than today.

City regulation should be simple and efficient. The steps should be transparent and unambiguous to reduce uncertainty. Costs and time should be made clear upfront. It shouldn’t require hiring lawyers or expensive expediters to simply start a business.

Cities in turn should learn from what others are doing right. They can and should be leaders for regulatory reform, even when the federal government seems preoccupied. Even in cities where the weight of history or the pressures of geography constrain their regulatory flexibility, concrete steps can be made to improve the information small businesses have to work with.

America’s cities should be open for business. With the “Regulatory Climate Index,” they have their guide to doing business right.